‘Year of the Rabbit’: A Harrowing Account of Surviving the Khmer Rouge

“It is the mark of a talented artist to be able to give the illusion of simplicity to an account of the unthinkable” – Rithy Panh.

The sentence above perfectly encapsulates the 368 pages of ‘Year of the Rabbit’, the graphic novel by Tian Veasna, a Cambodian-born French cartoonist. ‘Harrowing’ is perhaps the first word which comes to mind when thinking about this book. Told from the perspective of Tian’s father, Year of the Rabbit recounts their family’s horrifying story of survival during the Khmer Rouge’s brutal reign from 1975 – 1979. During this time, roughly 25% of Cambodia’s population was wiped out in what was one of the 20th Century’s most atrocious crimes against humanity. Death, sorrow, confusion, fear and hopelessness permeate the panels of Tian Veasna’s first published work and is a perfect example of how graphic novels can be a serious, thought-provoking and effective medium of storytelling.

In 2018 I had the chance to visit Cambodia for the first time on a work trip.  On a free afternoon, my colleagues and I decided to visit one of Phnom Penh’s most popular tourist attractions – The Toul Sleng ‘S21’ Genocide Museum. Toul Sleng was a prison used by the Khmer Rouge to inflict their will on those innocents unfortunate enough to be called upon. Originally a primary school, from the outside, ‘S21’ looks no different from the many public schools of Vietnam; having been built by the French during colonial times, I felt a sense of familiarity with the wooden windows, checkered tiles, and the long open-air hallways looking down upon the vast courtyard. Step into the ‘classrooms’, however, and you are instantly transported to another world. Confronted by rusty bed-frames with shackles still attached, bloodstains imprinted onto the weathered floors, I felt a sense of dread and of profound sadness, even fear — where I was standing, was where tens of thousands met their ends. 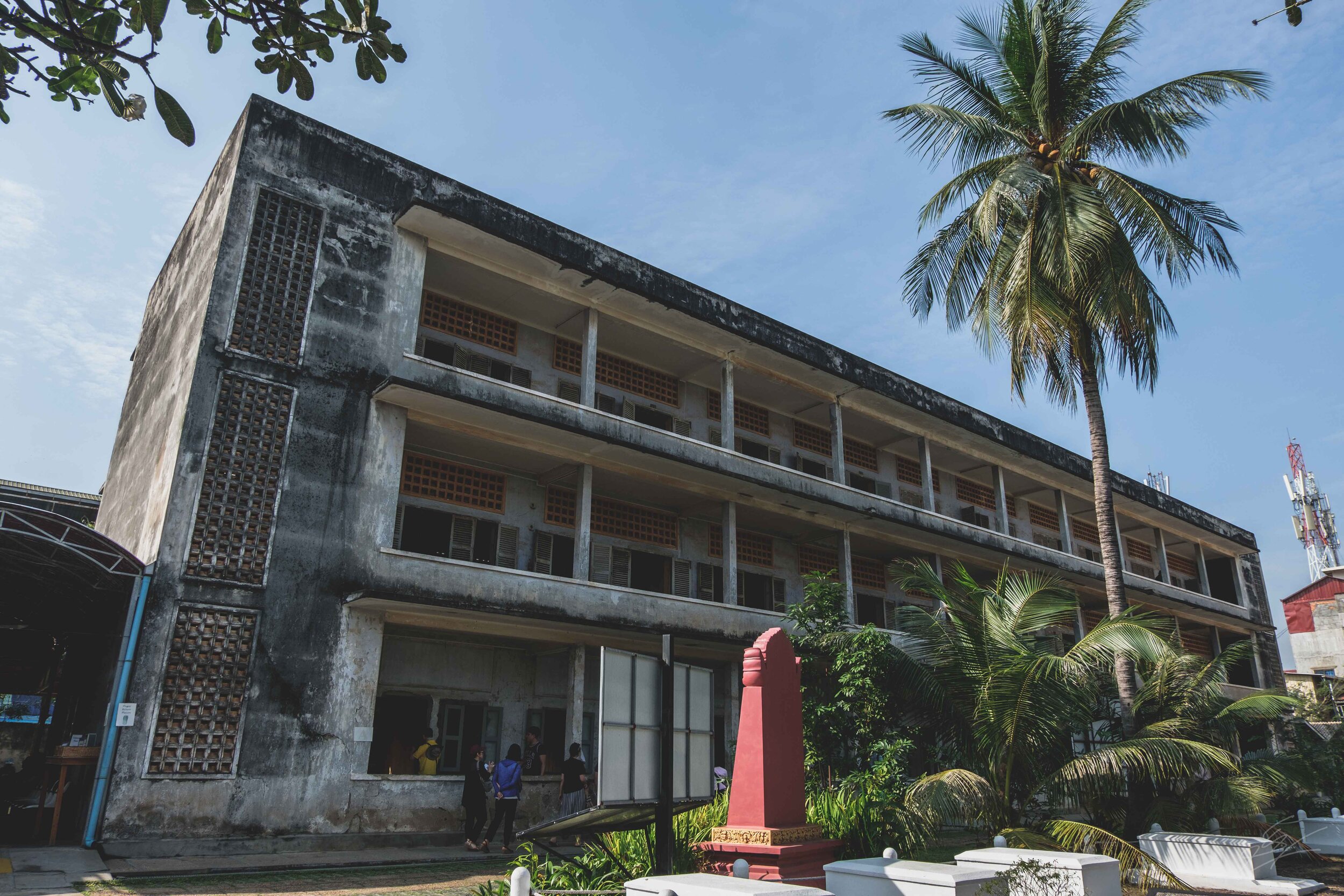 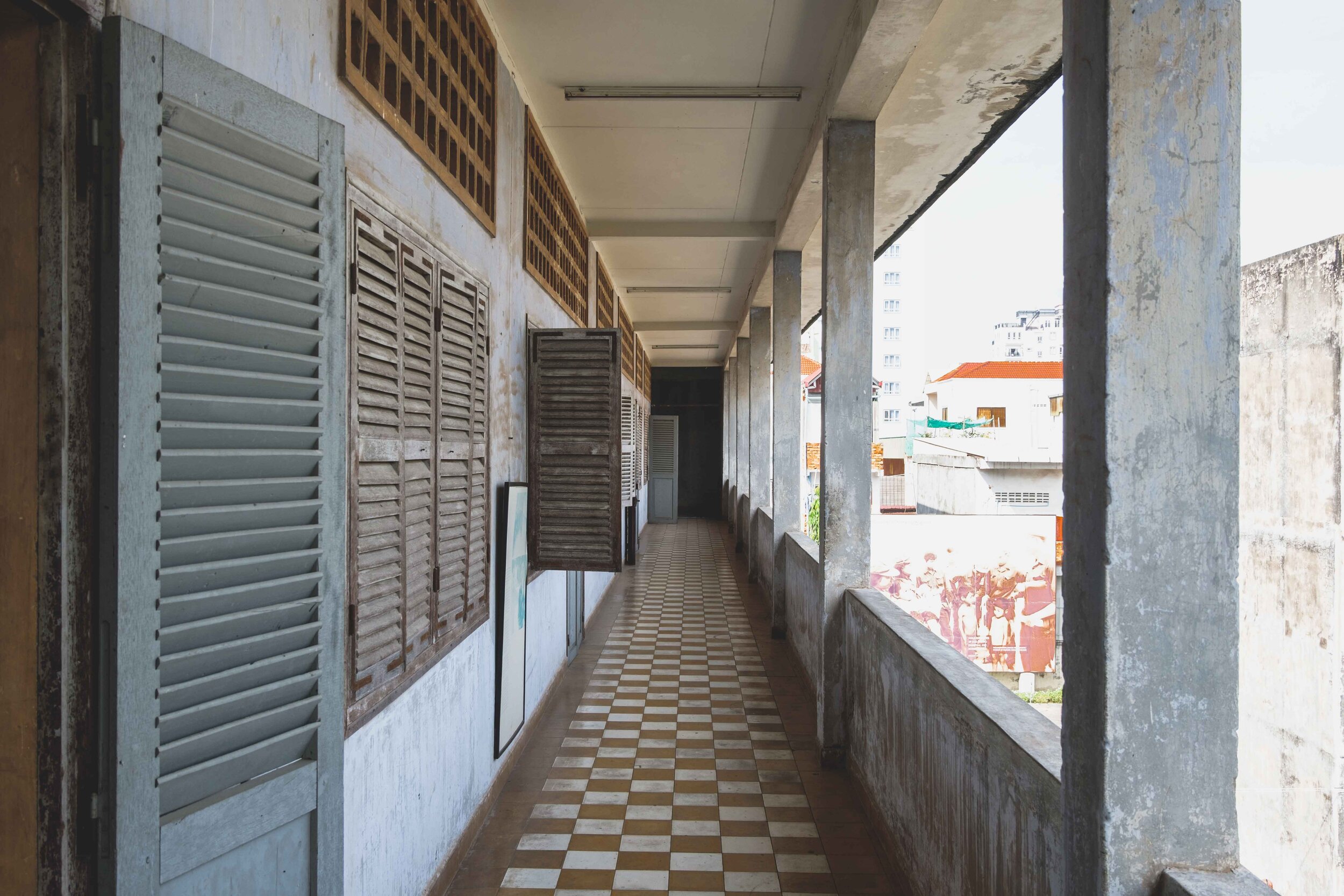 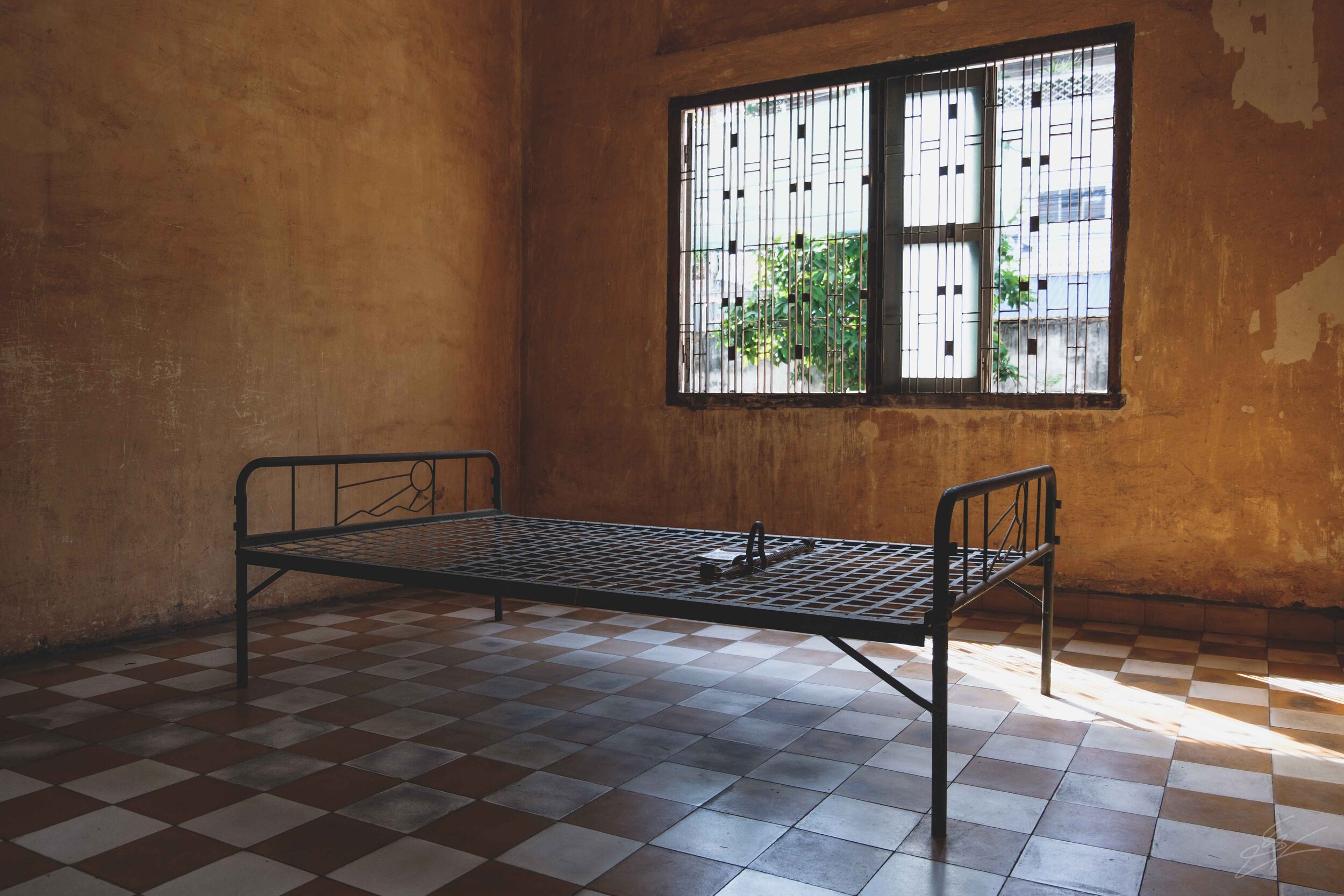 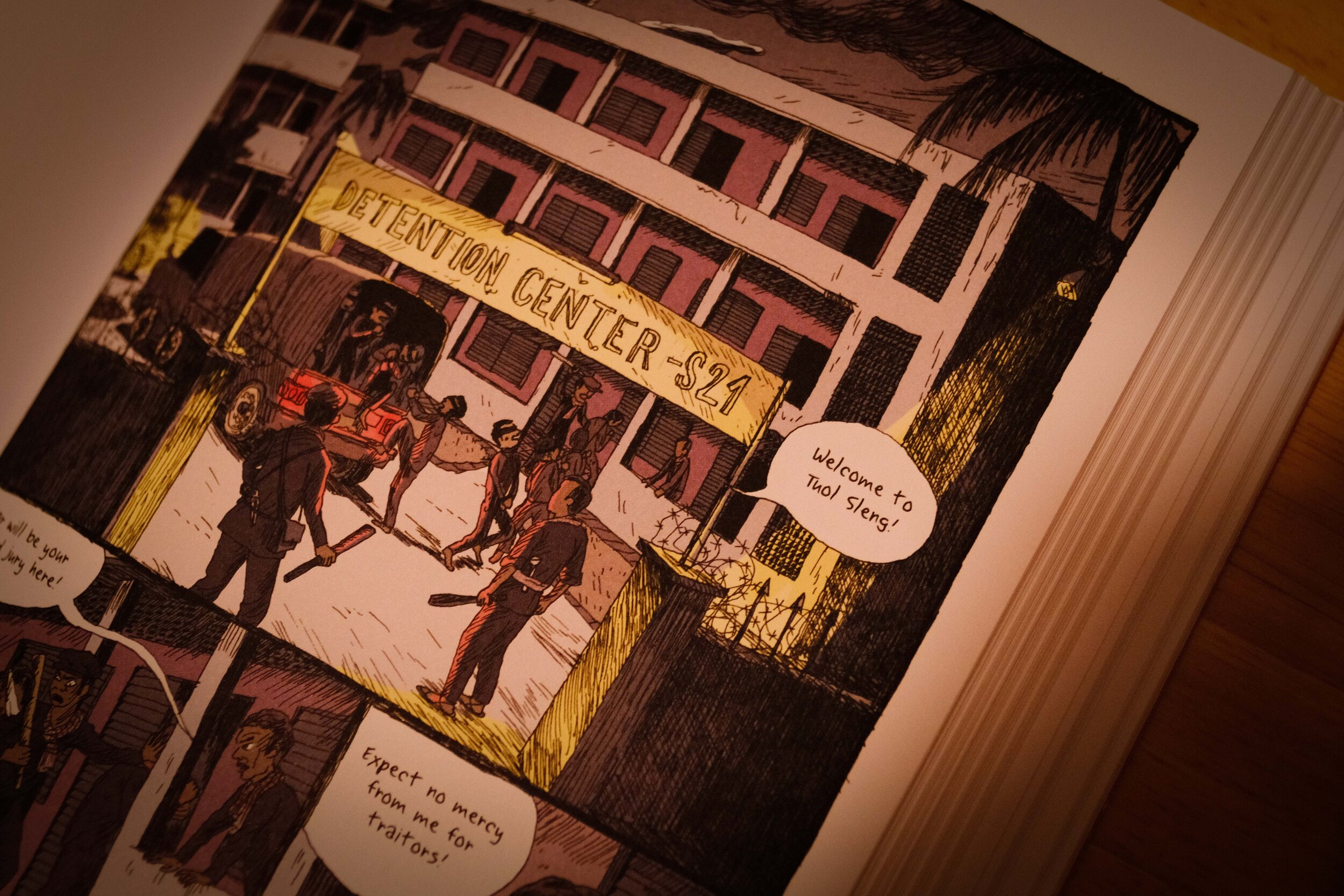 Reading Year of the Rabbit, Tian Veasna does a brilliant job of setting the scene. The start of the book is awash with confusion, as the author’s family find themselves amidst a major political upheaval. It was April 17, 1975 and the American-backed Khmer Republic has fallen, systematically replaced by the Khmer Rouge – the undisputed new power in Cambodia. Reading these pages, you get the sense that time has sped up. ‘Angkar’, the common name for the Khmer Rouge which means ‘The Organisation’, has ordered all citizens of Phnom Penh to evacuate their homes due to impending American bombings. They would return in three days, or so reassured by soldiers draped in black and wearing checkered scarves. Before you know it, the family has walked for six months and the confusion is slowly turning into desperation and despair. There was no end in sight.

Time begins to slow down the more you read, adding to the sense of hopelessness. Through Tian Veasna’s artwork, you can feel the sense of dread and the relentless humid-heat. You feel thirsty and disoriented just as the characters do – partly from not understanding why the author’s family, and those around them were going through what they went through. Angkar would take care of them, Angkar would protect them, Angkar would lead them to the future, Angkar would soon rival the United States… or so was the oft-repeated doctrine; none of which were logical, or followed up on. There really was no end in sight. 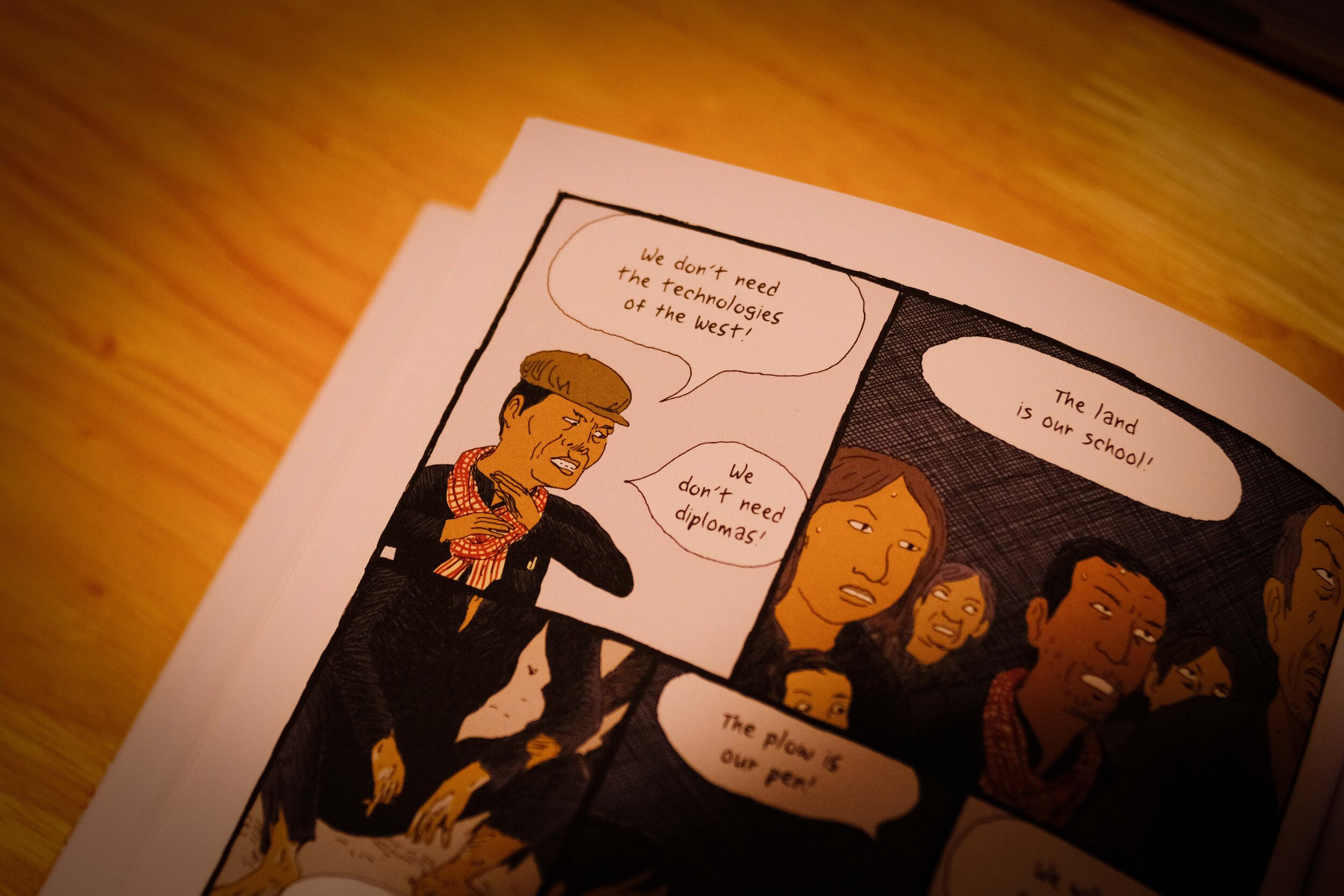 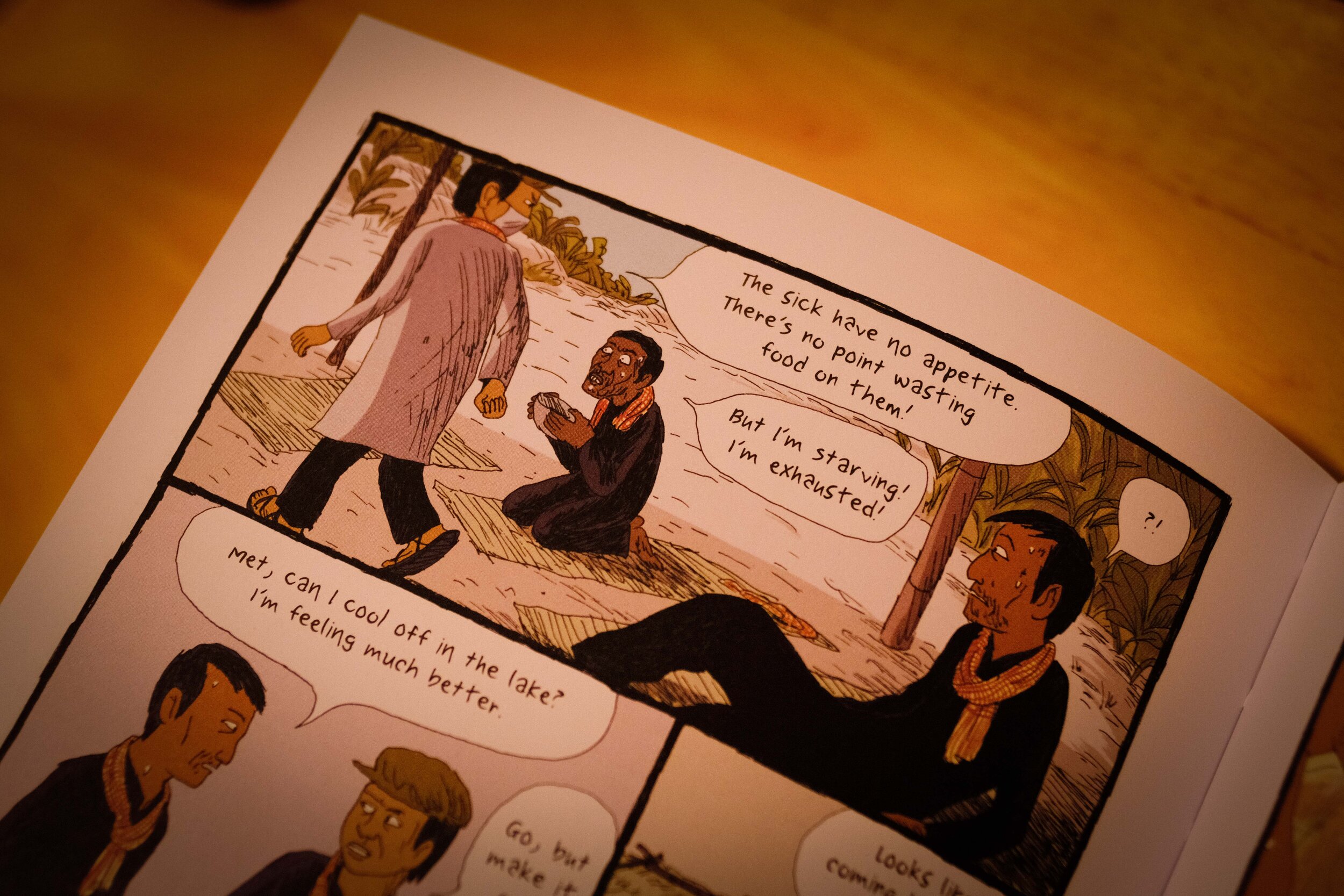 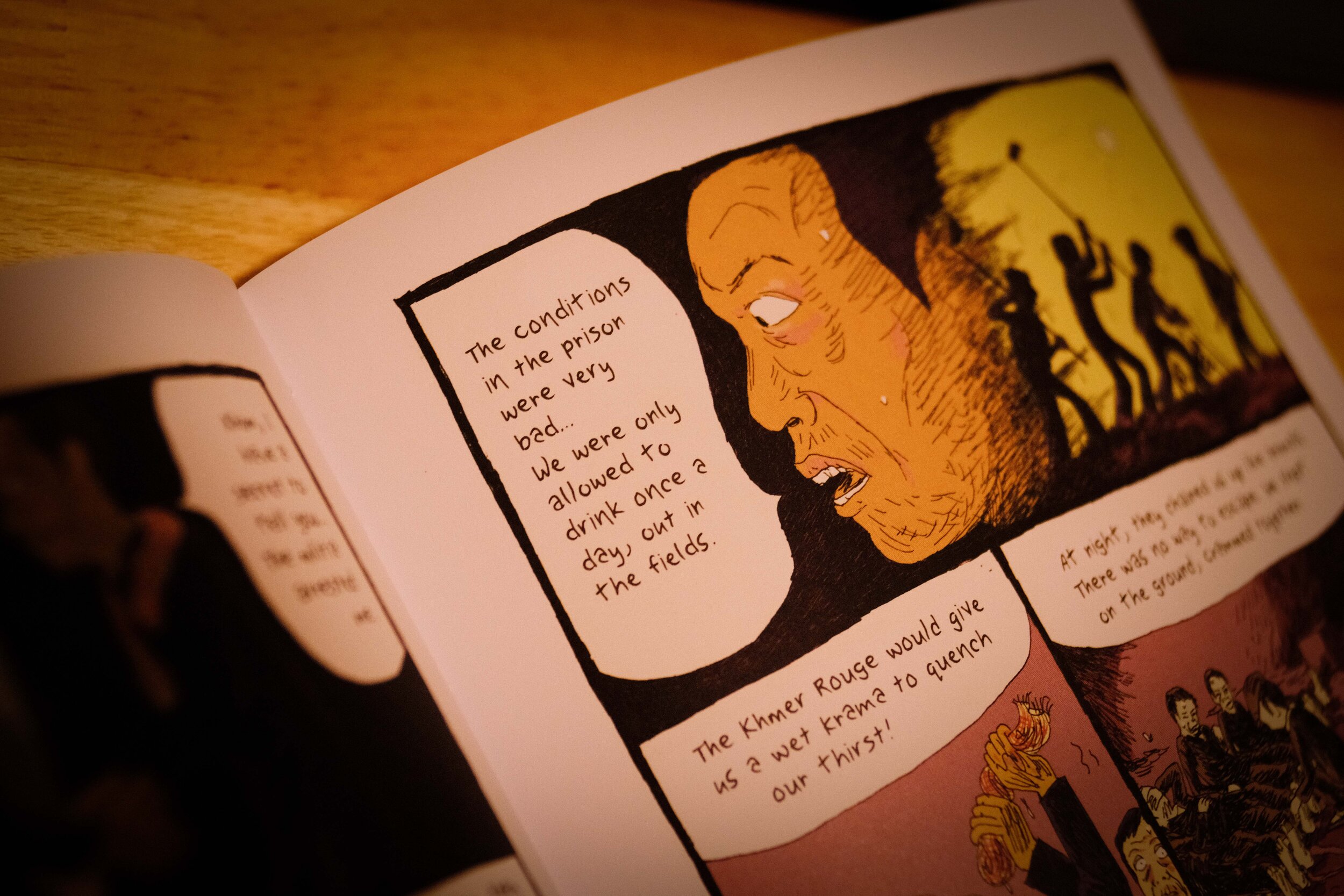 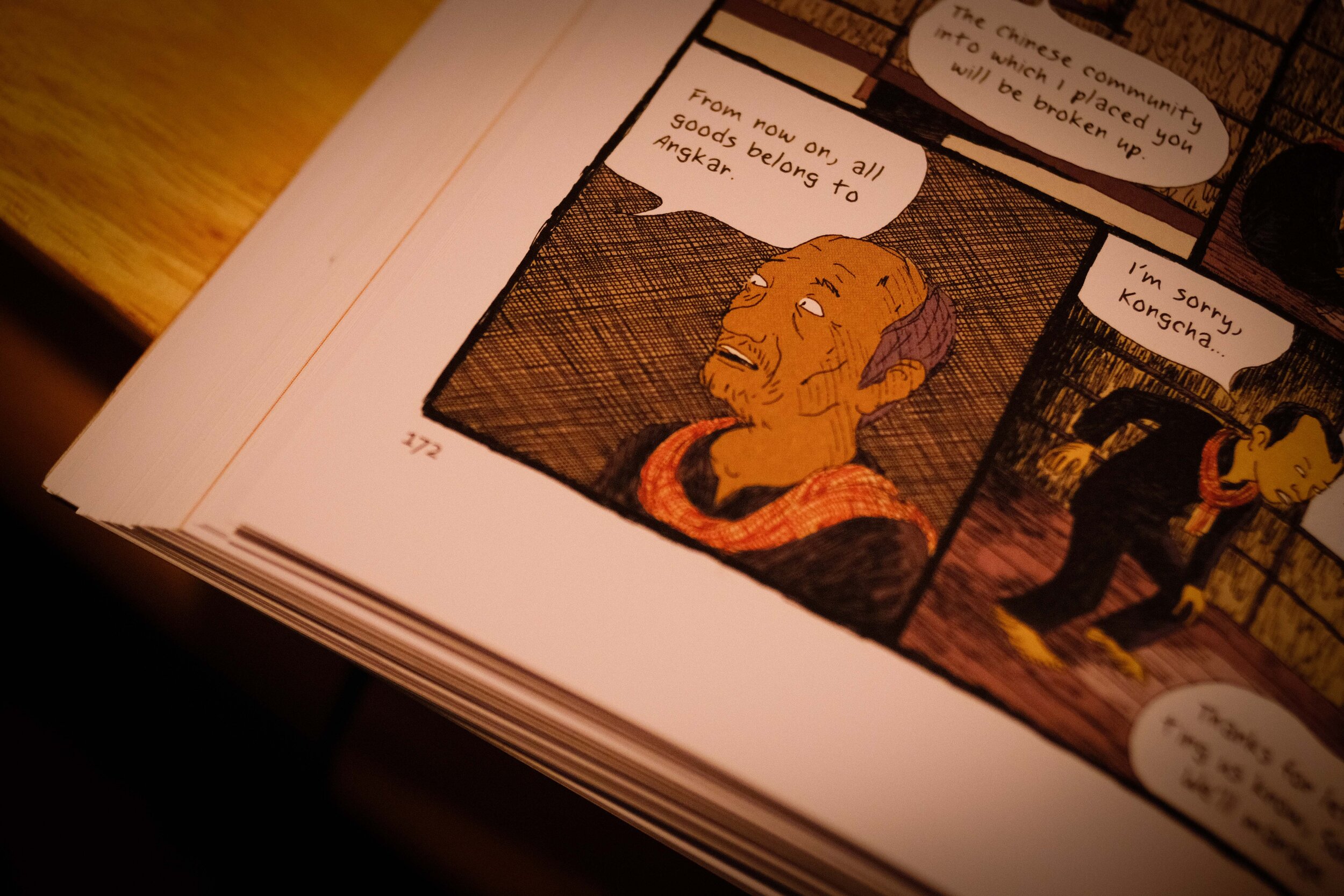 Tian Veasna pulls no punches in grounding his work. In one scene of a daily ideology-infusing group speech, the Khmer Rouge soldier in charge holds up a document and implores those in attendance to raise their hands if they can read French, for Angkar is in need of comrades who can contribute to the revolution. A woman volunteers her services and was told she’d be sent to Phnom Penh to assist leaders there. Later that night, upon her departure of the camp towards ‘Phnom Penh’, she was led to a dead-end where her children were digging a hole. Unbeknownst to them all, their services would end there. Despite the realism of the first-hand accounts, the artwork is not graphic nor gory. This keeps readers who might otherwise be faint of heart on a thread, to ensure his family’s story is fully heard. There is no need to glorify the violence, for the message is loud and clear. Year of the Rabbit is a powerful and important book, to ensure the atrocities committed by the Khmer Rouge will be remembered for generations to come.

“Pa, tell me your story. There’s a lot I don’t know bout the Khmer Rouge.”

“What for? I know it by heart. The people who lived through those terrible times don’t want to relive them…”

“But who will remember your story after you’re gone?”

No spam, notifications only about new arrival, latest posts and updates.

Our books can now be found at OHQUAO!