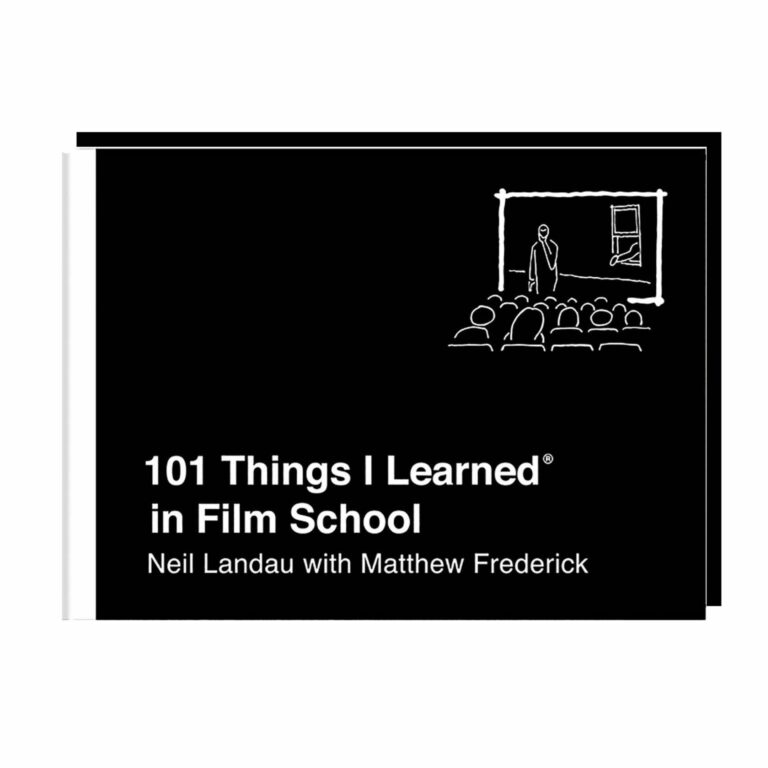 Anyone with a cellphone can shoot video, but creating a memorable feature-length film requires knowledge and mastery of a wide range of skills, including screenwriting, storytelling, directing, visual composition, and production logistics. This book points the aspiring filmmaker down this complex learning path with such critical lessons as:

Written by an award-winning producer, screenwriter, film school professor, and script consultant to major movie studios, 101 Things I Learned(R) in Film School is an indispensable resource for students, screenwriters, filmmakers, animators, and anyone else interested in the moviemaking profession.