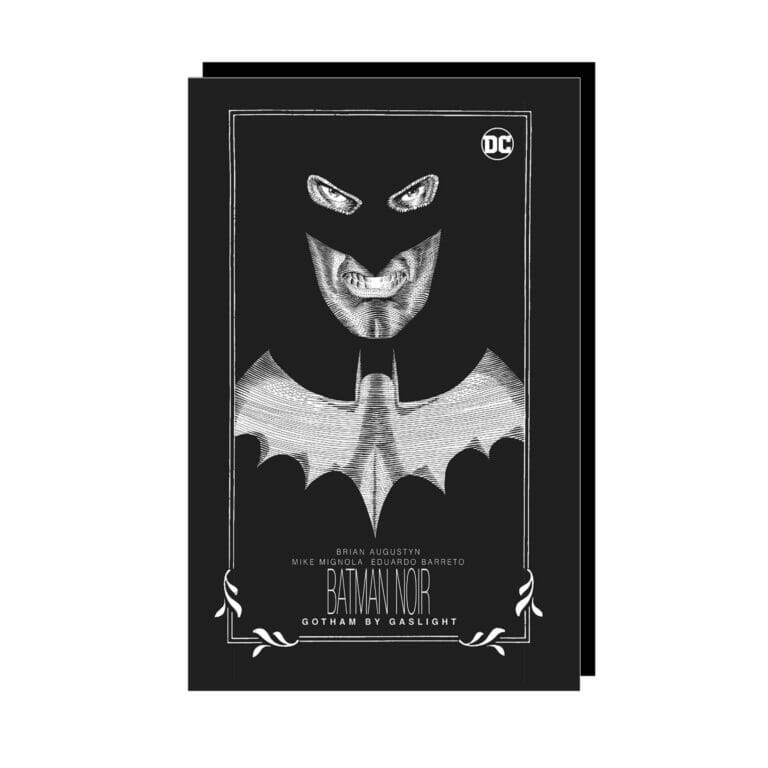 In the Victorian era, an age of mystery and superstition, how would the people of Gotham react to a weird creature of the night, a bat-garbed vigilante feared by the guilty and the innocent alike?

Some would live in terror. Others would rest easier.

Only one man would take no notice at all…a man with other matters to attend to. His name? No one knows for sure. Most people know him only as Jack.

Brian Augustyn (The Flash), Mike Mignola (Hellboy) and Eduardo Barreto (The New Teen Titans) spin the classic tale of the Victorian-era Bat-Man’s encounter with the Butcher of Whitechapel and a crazed prophet determined to prevent Gotham City from entering the 20th century, all presented in stark black and white.