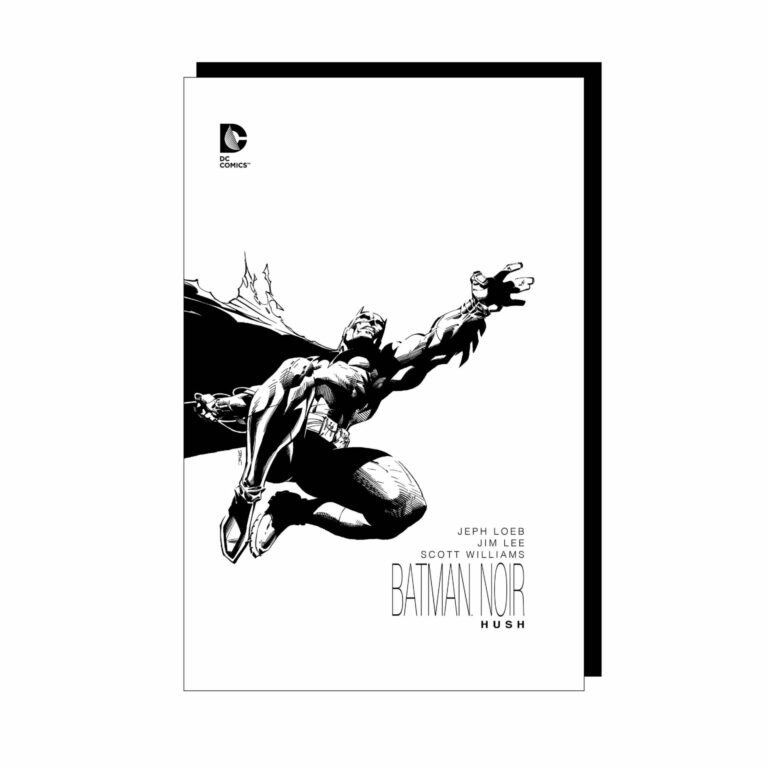 The colors are drained and the shadows come alive in this stark take on a dark classic! Presented in its original pencils and ink artwork by industry legend Jim Lee, Batman Noir: Hush highlights the grim, gritty atmosphere of Batman and Gotham City, and pits the Dark Knight against a city overrun with its legendary villains. As the likes of the Joker, Killer Croc, Poison Ivy and more throw Batman’s life into chaos, little do they know they have become pawns to the enigmatic Hush in an elaborate game of revenge against Bruce Wayne.