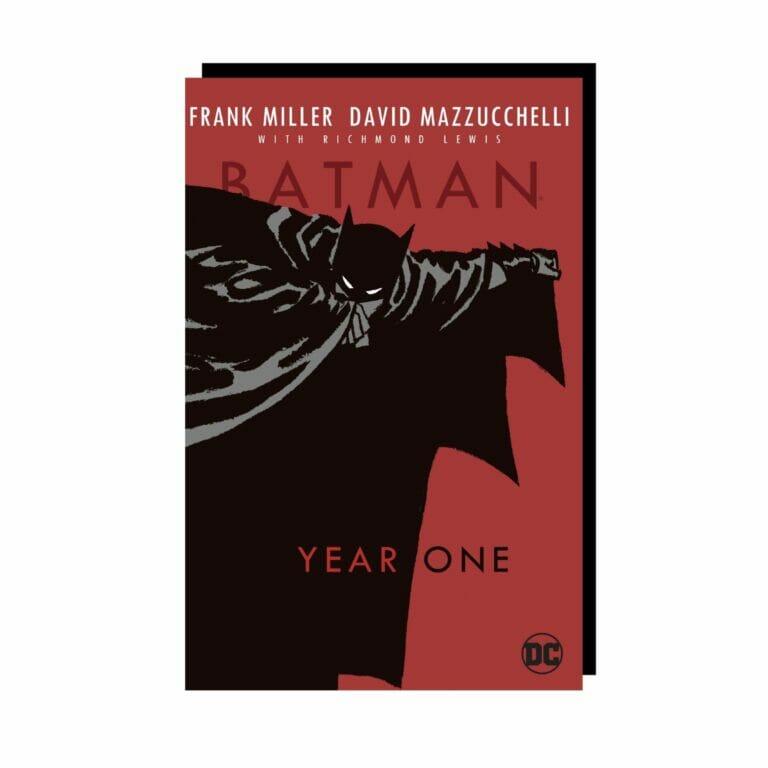 A deluxe trade paperback edition of one of the most important and critically acclaimed Batman adventures ever, written by Frank Miller, author of THE DARK KNIGHT RETURNS!

In 1986, Frank Miller and David Mazzucchelli produced this groundbreaking reinterpretation of the origin of Batman—who he is, and how he came to be. Sometimes careless and naive, this Dark Knight is far from the flawless vigilante he is today.

In his first year on the job, Batman feels his way around a Gotham City far darker than the one he left. His solemn vow to extinguish the town’s criminal element is only half the battle; along with Lieutenant James Gordon, the Dark Knight must also fight a police force more corrupt than the scum in the streets.

Batman: Year One stands next to Batman: The Dark Knight Returns on the mantle of greatest Batman graphic novels of all time. Timeless in its appeal, Frank Miller and David Mazzucchelli’s masterpiece would stand apart from the crowded comics field even today.

This edition includes the complete graphic novel, a new introduction by writer Frank Miller and a new illustrated afterword by artist David Mazzucchelli. Completing this collection are over 40 pages of never-before-seen developmental material such as character and layout sketches, sample script pages, sketches, and more that pro-vide a glimpse into the making of this contemporary classic.