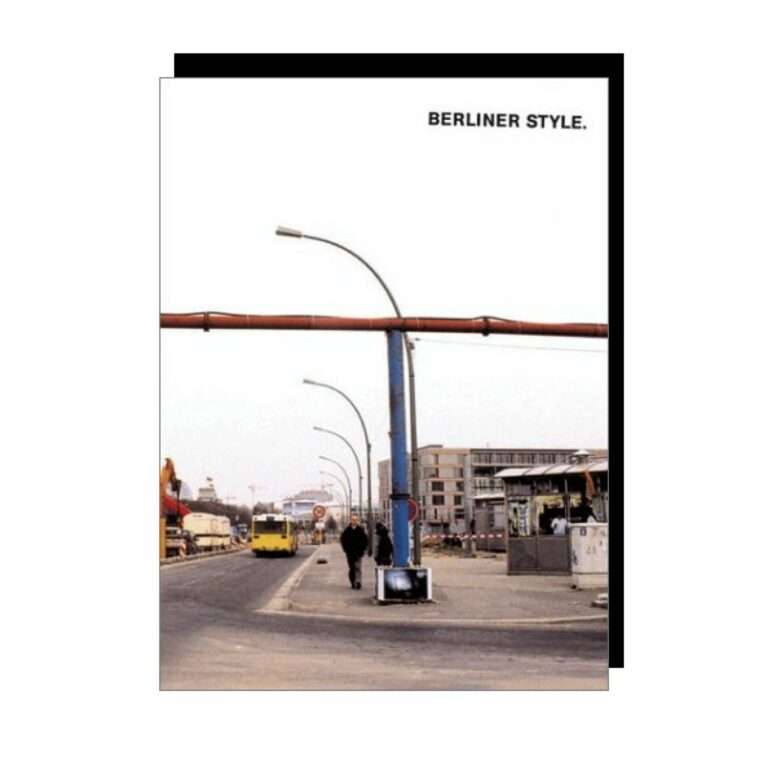 Since the Berlin Wall came down in 1989, this reunited city has been an intense output of creativity. Artists, designers, and musicians from around the world have relocated to Berlin, reinventing the city that is once again Germany’s capital. Whole new neighborhoods that were once no-man’s-lands have sprouted popular studio and gallery spaces. This innovative book is a guide to Berlin’s vibrant underground cultural scene. Among the creative firms and individuals featured are ic! berlin, inventors of revolutionary eyewear; graphic and web designers Henning Wagenbreth, Eboy, and Cyan; the multimedia magazine Shift!; Marti Gulxe, who designs the Camper stores; fashion designers Frisch, Von Rot, ADD, and Uli Dziallas; the Chaos Computer Club with their interactive public building installation “Blinkenlights”; the band Chicks on Speed, and many more.