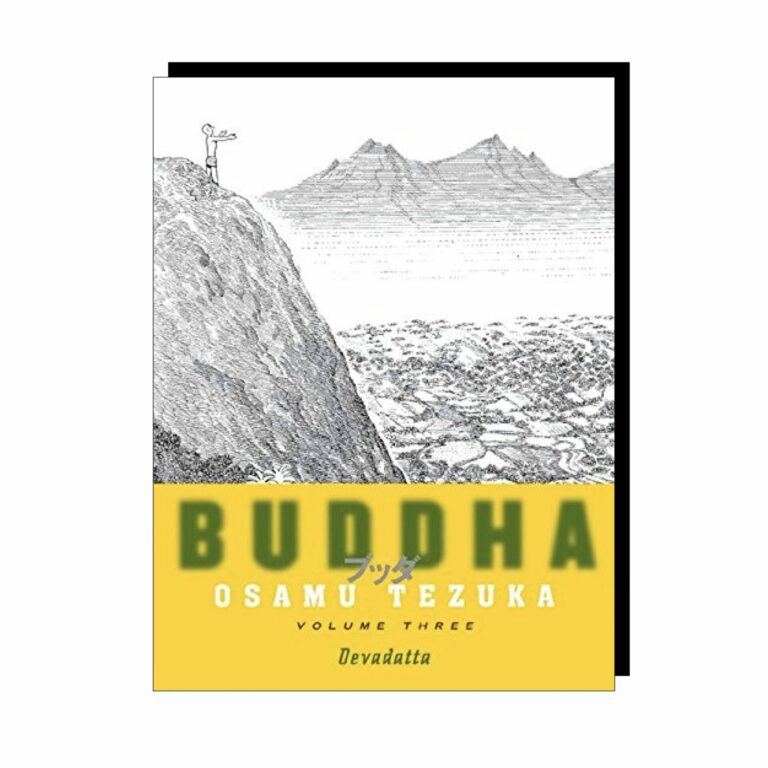 The Eisner and Harvey Winner

The third volume of this epic graphic novel send Siddhartha further into a world mired in pain and suffering. The journey to peace and enlightenment looms far but bright.

Prince Siddhartha quickly learns that the monk’s path is covered in thorns and self-abuses much more profound than shaving your head. His new companions Dhepa and Assaji accompany him to plague-ridden town, ruled by the ravashing Visakha. On a different path filled with as many vararies is Devadatta, an orphan who learns only that bad almost always gets worse.

To strange cities, and dire prophecies…