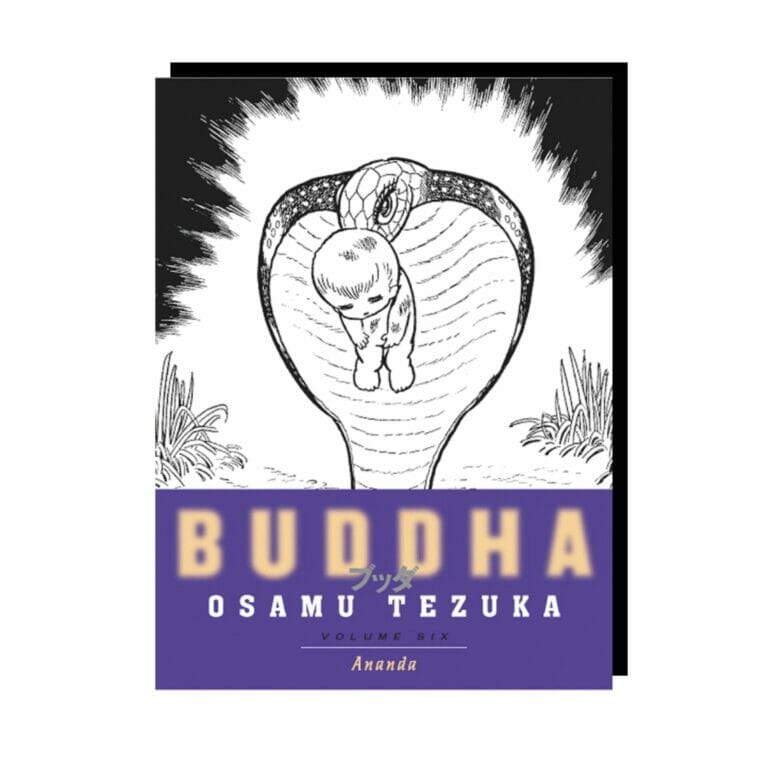 In the sixth volume of manga visionary Osamu Tezuka’s Buddha, the devil Mara possesses the bandit Ananda, half-brother of Devadatta, in an effort to eliminate the Buddha. A ruthless killer who is impervious to physical harm, Ananda will retain the devil’s favor only if he spurns his love interest.

When Ananda and his bandit buddy attack the Fire Shrine of the Brahmin brothers Kassapa, it is none other than the Awakened One who happens by. Buddha must confront his eternal enemy, Mara, before he can open the eyes of arrogant priests and hardened criminals.