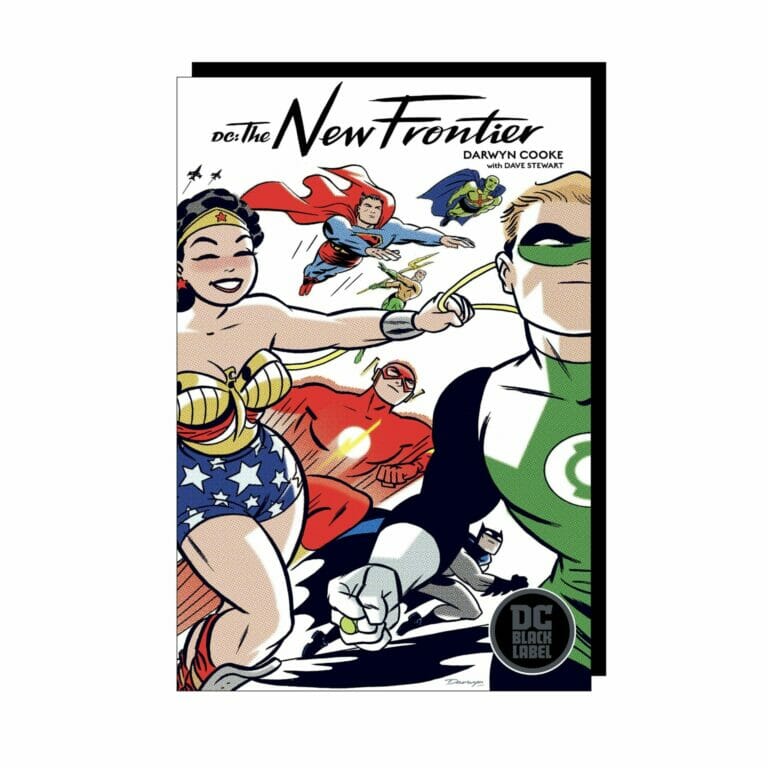 Welcome to the DC Universe in 1950s America — a land of promise and paranoia, of glittering cities and segregated slums, of dizzying scientific progress and simmering Cold War conflict. A land without the Justice League–Superman, Batman and Wonder Woman. Or so it seems.

The masked mystery men who fought for freedom in the Second World War have been outlawed. The soldiers and spies who conducted top-secret missions into the unknown now work in the shadows. And those icons who do still fight on — Superman, Wonder Woman, Batman — operate under hidden agendas and dueling ideologies.

Yet this America needs its heroes more than ever. With darkness gathering on the horizon once more, only a bold new generation of adventurers — young, daring, and dedicated to the better angels of our nature — is equal to the challenge of the New Frontier.

From Eisner Award-winning writer-artist Darwyn Cooke and Eisner Award-winning colorist Dave Stewart comes DC: The New Frontier— a timeless tale of idealism that has become one of the most acclaimed superhero comics of the 21st century. This edition collects the original 6-issue miniseries together with the Justice League: New Frontier Special, and features over 50 pages of designs, sketches and preliminary artwork from the author.

“Mr. Cooke’s drawings are striking, and his plot makes good use of DC’s diverse characters.” – The New York Times