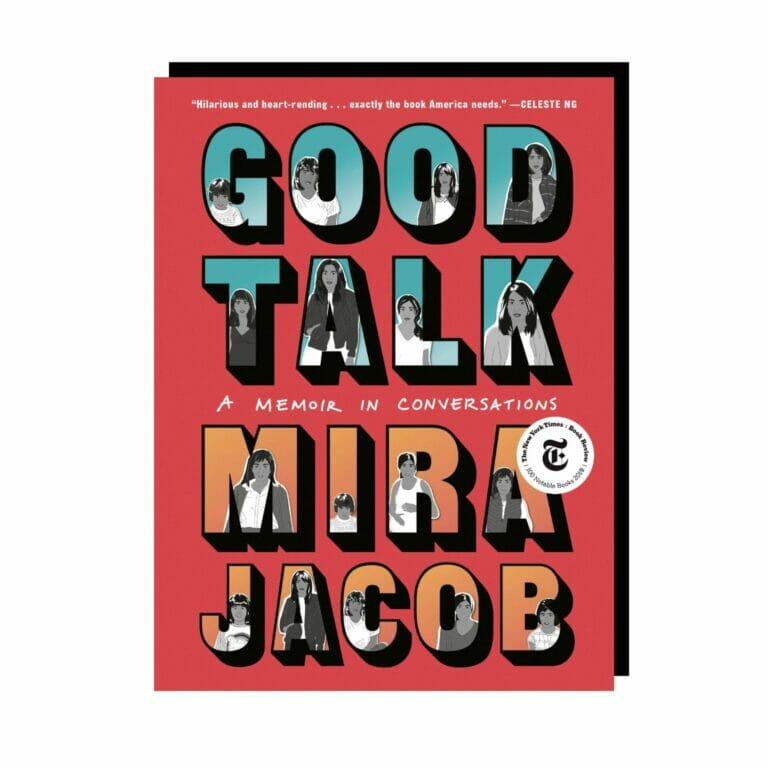 Good Talk: A Memoir in Conversations

A “beautiful and eye-opening” (Jacqueline Woodson), “hilarious and heart-rending” (Celeste Ng) graphic memoir about American identity, interracial families,  and the realities that divide us, from the acclaimed author of The Sleepwalker’s Guide to Dancing.

“How brown is too brown?”
“Can Indians be racist?”
“What does real love between really different people look like?”

Like many six-year-olds, Mira Jacob’s half-Jewish, half-Indian son, Z, has questions about everything. At first they are innocuous enough, but as tensions from the 2016 election spread from the media into his own family, they become much, much more complicated. Trying to answer him honestly, Mira has to think back to where she’s gotten her own answers: her most formative conversations about race, color, sexuality, and, of course, love.

Written with humor and vulnerability, this deeply relatable graphic memoir is a love letter to the art of conversation—and to the hope that hovers in our most difficult questions.