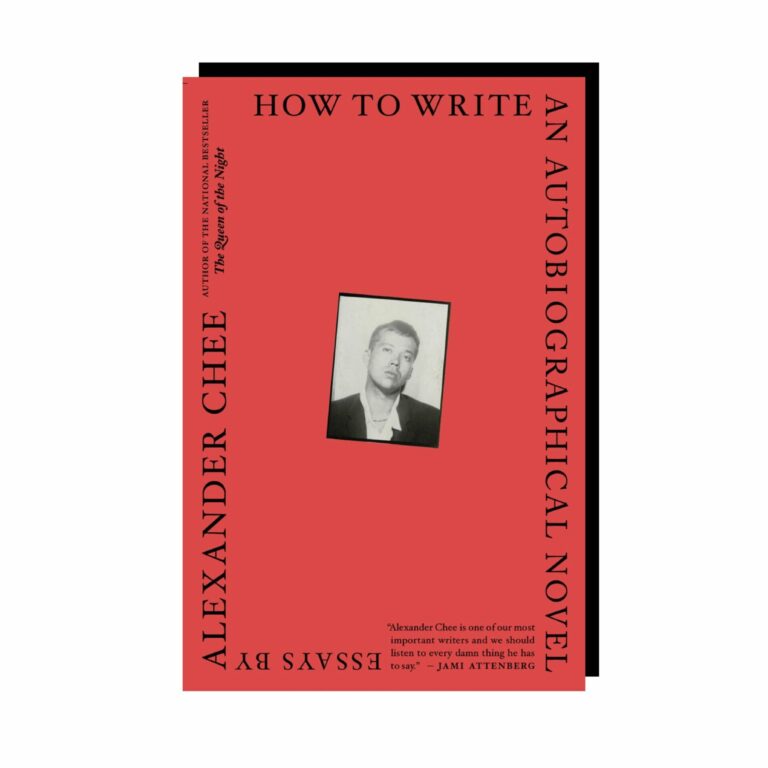 How to Write an Autobiographical Novel: Essays

Named a Best Book of 2018 by New York Magazine, the Washington Post, Publisher’s Weekly, NPR, and Time, among many others, this essay collection from the author of The Queen of the Night explores how we form identities in life and in art.

As a novelist, Alexander Chee has been described as “masterful” by Roxane Gay, “incendiary” by the New York Times, and “brilliant” by the Washington Post. With his first collection of nonfiction, he’s sure to secure his place as one of the finest essayists of his generation as well.

How to Write an Autobiographical Novel is the author’s manifesto on the entangling of life, literature, and politics, and how the lessons learned from a life spent reading and writing fiction have changed him. In these essays, he grows from student to teacher, reader to writer, and reckons with his identities as a son, a gay man, a Korean American, an artist, an activist, a lover, and a friend. He examines some of the most formative experiences of his life and the nation’s history, including his father’s death, the AIDS crisis, 9/11, the jobs that supported his writing ​— ​Tarot-reading, bookselling, cater-waiting for William F. Buckley ​— ​the writing of his first novel, Edinburgh, and the election of Donald Trump.

By turns commanding, heartbreaking, and wry, How to Write an Autobiographical Novel asks questions about how we create ourselves in life and in art, and how to fight when our dearest truths are under attack.