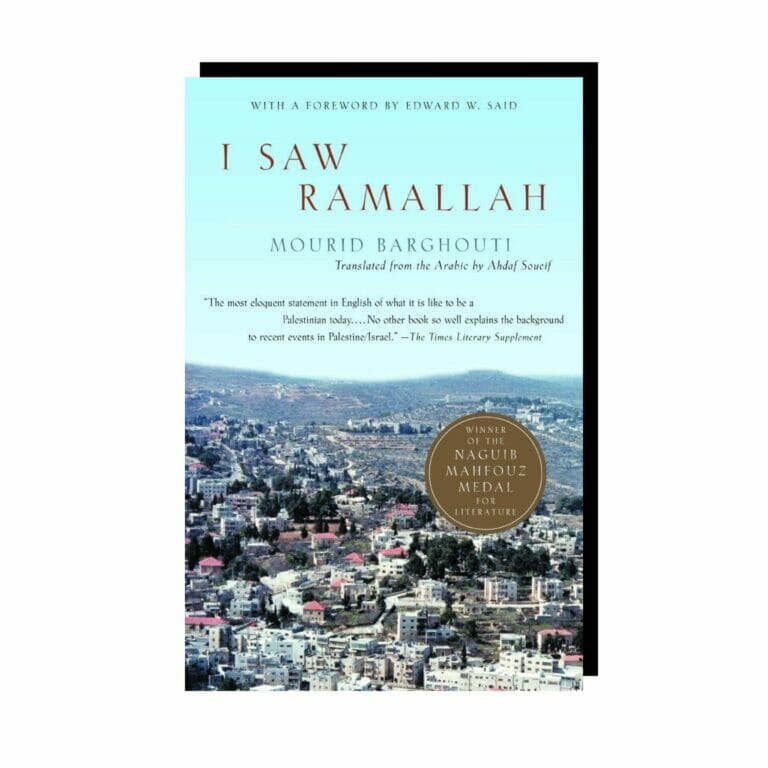 WINNER OF THE NAGUIB MAHFOUZ MEDAL FOR LITERATURE

A fierce and moving work and an unparalleled rendering of the human aspects of the Palestinian predicament.

Barred from his homeland after 1967’s Six-Day War, the poet Mourid Barghouti spent thirty years in exile–shuttling among the world’s cities, yet secure in none of them; separated from his family for years at a time; never certain whether he was a visitor, a refugee, a citizen, or a guest. As he returns home for the first time since the Israeli occupation, Barghouti crosses a wooden bridge over the Jordan River into Ramallah and is unable to recognize the city of his youth. Sifting through memories of the old Palestine as they come up against what he now encounters in this mere “idea of Palestine,” he discovers what it means to be deprived not only of a homeland but of “the habitual place and status of a person.” A tour de force of memory and reflection, lamentation and resilience, I Saw Ramallah is a deeply humane book, essential to any balanced understanding of today’s Middle East.