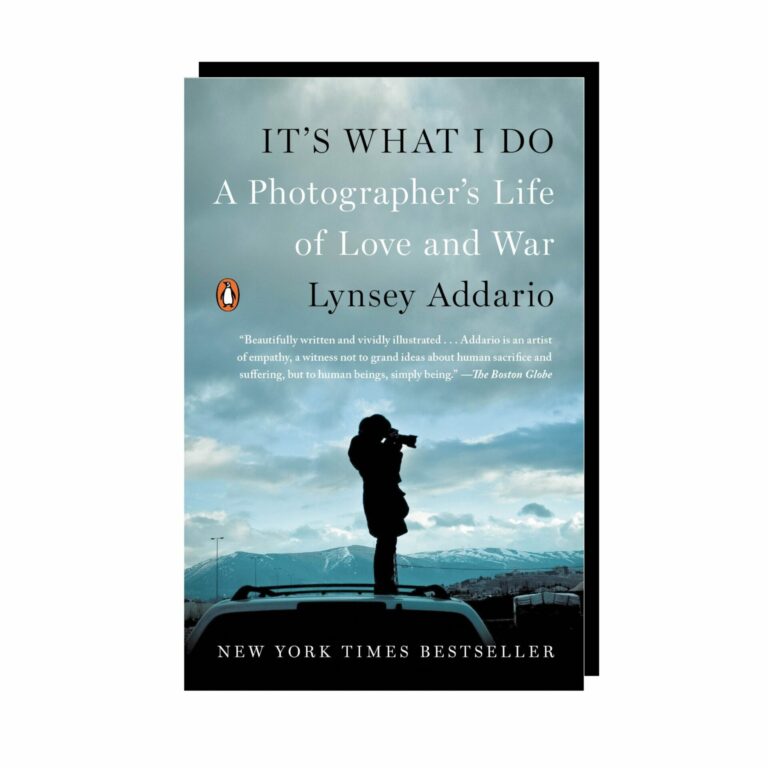 It’s What I do: A Photographer’s Life of Love and War

“An unflinching memoir . . . that offers insight into international events and the challenges faced by the journalists who capture them.” — The Washington Post

War photographer Lynsey Addario’s memoir is the story of how the relentless pursuit of truth, in virtually every major theater of war in the twenty-first century, has shaped her life. What she does, with clarity, beauty, and candor, is to document, often in their most extreme moments, the complex lives of others. It’s her work, but it’s much more than that: it’s her singular calling.

Lynsey Addario was just finding her way as a young photographer when September 11 changed the world. One of the few photojournalists with experience in Afghanistan, she gets the call to return and cover the American invasion. She decides to set out across the world, face the chaos of crisis, and make a name for herself.

Addario finds a way to travel with a purpose. She photographs the Afghan people before and after the Taliban reign, the civilian casualties and misunderstood insurgents of the Iraq War, as well as the burned villages and countless dead in Darfur. She exposes a culture of violence against women in the Congo and tells the riveting story of her headline-making kidnapping by pro-Qaddafi forces in the Libyan civil war.

As a woman photojournalist determined to be taken as seriously as her male peers, Addario fights her way into a boys’ club of a profession. Rather than choose between her personal life and her career, Addario learns to strike a necessary balance. In the man who will become her husband, she finds at last a real love to complement her work, not take away from it, and as a new mother, she gains an all the more intensely personal understanding of the fragility of life.

Watching uprisings unfold and people fight to the death for their freedom, Addario understands she is documenting not only news but also the fate of societies. It’s What I Do is more than just a snapshot of life on the front lines; it is witness to the human cost of war.