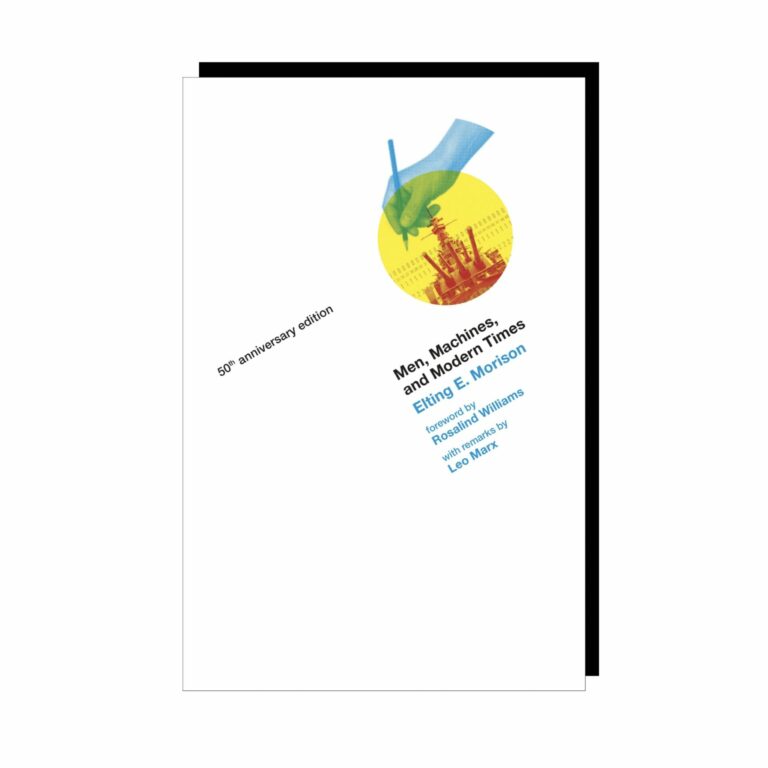 An engaging look at how we have learned to live with innovation and new technologies through history.

People have had trouble adapting to new technology ever since (perhaps) the inventor of the wheel had to explain that a wheelbarrow could carry more than a person. This little book by a celebrated MIT professor — the fiftieth anniversary edition of a classic — describes how we learn to live and work with innovation. Elting Morison considers, among other things, the three stages of users’ resistance to change: ignoring it; rational rebuttal; and name-calling. He recounts the illustrative anecdote of the World War II artillerymen who stood still to hold the horses despite the fact that the guns were now hitched to trucks — reassuring those of us who have trouble with a new interface or a software upgrade that we are not the first to encounter such problems.

Morison offers an entertaining series of historical accounts to highlight his major theme: the nature of technological change and society’s reaction to that change. He begins with resistance to innovation in the U.S. Navy following an officer’s discovery of a more accurate way to fire a gun at sea; continues with thoughts about bureaucracy, paperwork, and card files; touches on rumble seats, the ghost in Hamlet, and computers; tells the strange history of a new model steamship in the 1860s; and describes the development of the Bessemer steel process. Each instance teaches a lesson about the more profound and current problem of how to organize and manage systems of ideas, energies, and machinery so that it will conform to the human dimension.