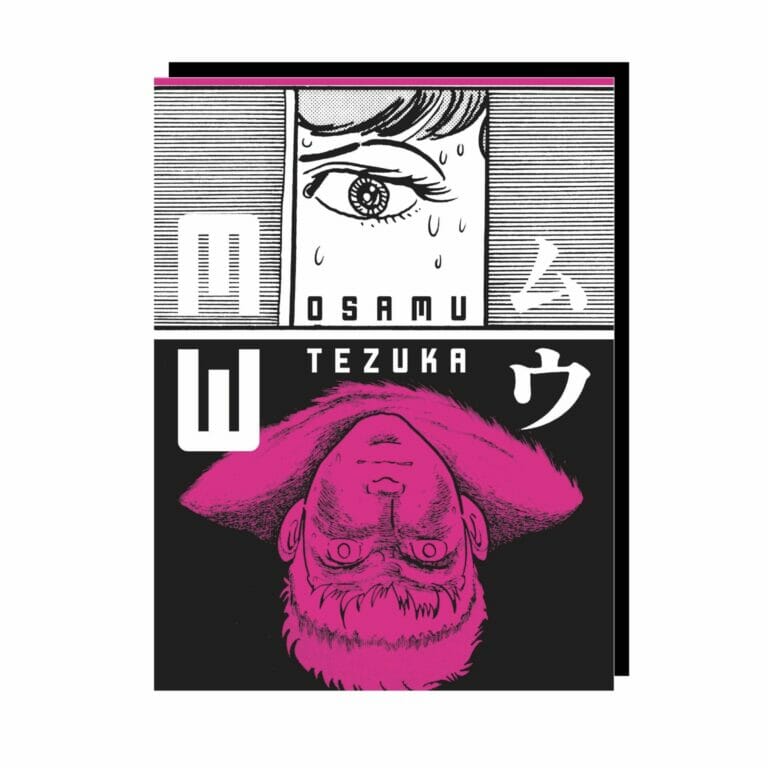 MW is a mature graphic novel from manga-God Osamu Tezuka that explores the nature of evil inherent in man.

Comics god Osamu Tezuka’s darkest work, MW is a chilling picaresque of evil. Steering clear of the supernatural as well as the cuddly designs and slapstick humor that enliven many of Tezuka’s better-known works, MW explores a stark modern reality where neither divine nor secular justice seems to prevail. This willfully “anti-Tezuka” achievement from the master’s own pen nevertheless pulsates with his unique genius.

Michio Yuki has it all: looks, intelligence, a pedigree as the scion of a famous Kabuki family, a promising career at a major bank, legions of female admirers. But underneath the sheen of perfection lurks a secret with the power to shake the world to its foundations.

During a boyhood excursion to one of the southern archipelagos near Okinawa, Yuki barely survived exposure to a poison gas stored at a foreign military facility. The leakage annihilated all of the island’s inhabitants but was promptly covered up by the authorities, leaving Yuki as an unacknowledged witness–one whose sense of right and wrong, however, the potent nerve agent managed to obliterate.

Now, fifteen years later, Yuki is a social climber of Balzacian proportions, infiltrating the worlds of finance and politics by day while brutally murdering children and women by night–perversely using his Kabuki-honed skills as a female impersonator to pass himself off as the women he’s killed. His drive, however, will not be satiated with a promotion here and a rape there. Michio Yuki has a far more ominous objective: obtaining MW, the ultimate weapon that spared his life but robbed him of all conscience.