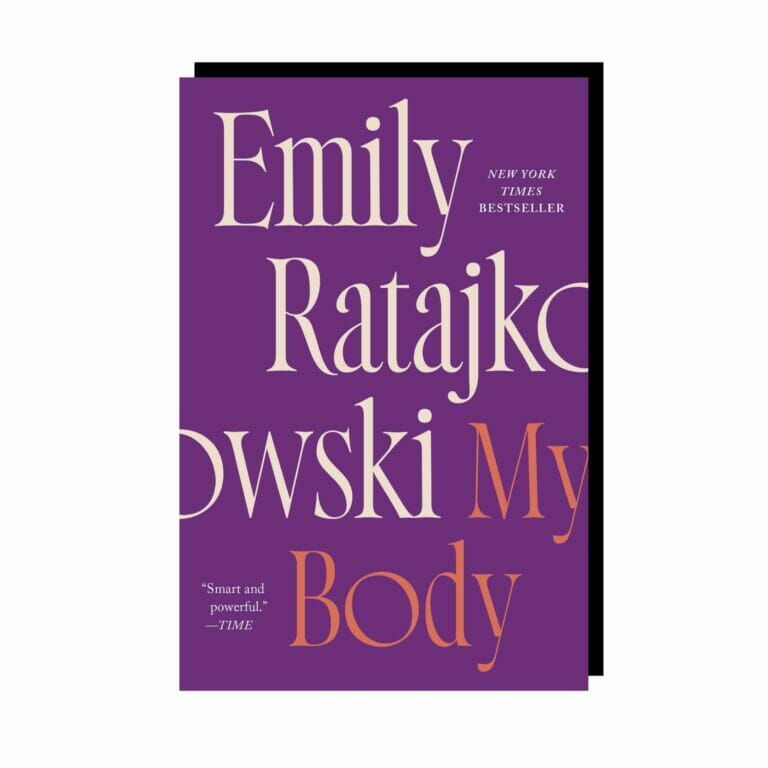 “My Body offers a lucid examination of the mirrors in which its author has seen herself, and her indoctrination into the cult of beauty as defined by powerful men. In its more transcendent passages . . . the author steps beyond the reach of any ‘Pygmalion’ and becomes a more dangerous kind of beautiful. She becomes a kind of god in her own right: an artist.”
―Melissa Febos, The New York Times Book Review

A deeply honest investigation of what it means to be a woman and a commodity from Emily Ratajkowski, the archetypal, multi-hyphenate celebrity of our time

Emily Ratajkowski is an acclaimed model and actress, an engaged political progressive, a formidable entrepreneur, a global social media phenomenon, and now, a writer. Rocketing to world fame at age twenty-one, Ratajkowski sparked both praise and furor with the provocative display of her body as an unapologetic statement of feminist empowerment. The subsequent evolution in her thinking about our culture’s commodification of women is the subject of this book.

My Body is a profoundly personal exploration of feminism, sexuality, and power, of men’s treatment of women and women’s rationalizations for accepting that treatment. These essays chronicle moments from Ratajkowski’s life while investigating the culture’s fetishization of girls and female beauty, its obsession with and contempt for women’s sexuality, the perverse dynamics of the fashion and film industries, and the gray area between consent and abuse.

Nuanced, fierce, and incisive, My Body marks the debut of a writer brimming with courage and intelligence.