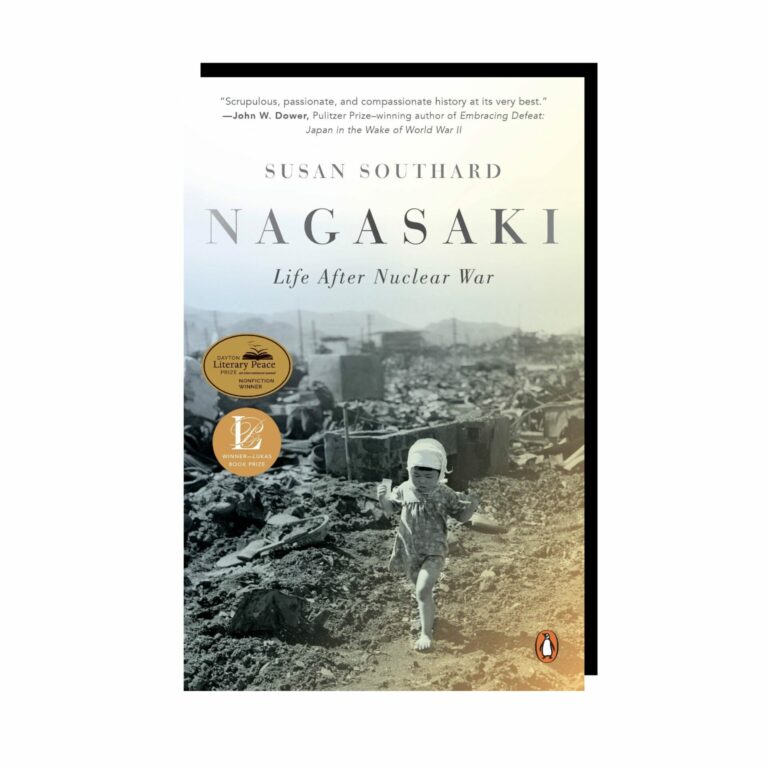 “A poignant and complex picture of the second atomic bomb’s enduring physical and psychological tolls. Eyewitness accounts are visceral and haunting. . . . But the book’s biggest achievement is its treatment of the aftershocks in the decades since 1945.” —The New Yorker

The enduring impact of a nuclear bomb, told through the stories of those who survived: necessary reading as the threat of nuclear war emerges again.

On August 9, 1945, three days after the atomic bombing of Hiroshima, the United States dropped a second atomic bomb on Nagasaki, a small port city on Japan’s southernmost island. An estimated 74,000 people died within the first five months, and another 75,000 were injured.

Nagasaki takes readers from the morning of the bombing to the city today, telling the first-hand experiences of five survivors, all of whom were teenagers at the time of the devastation. Susan Southard has spent years interviewing hibakusha (“bomb-affected people”) and researching the physical, emotional, and social challenges of post-atomic life. She weaves together dramatic eyewitness accounts with searing analysis of the policies of censorship and denial that colored much of what was reported about the bombing both in the United States and Japan.