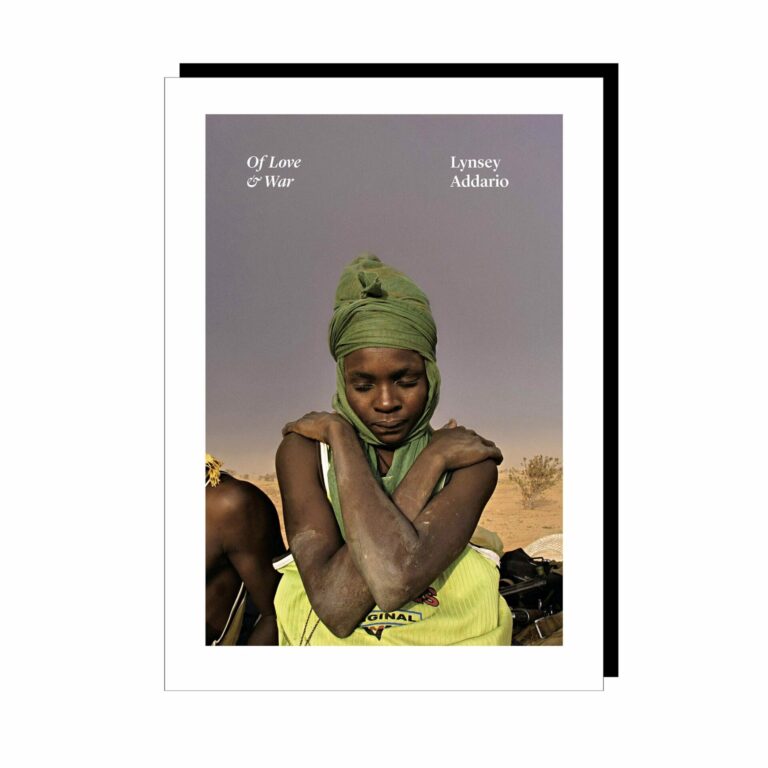 From the Pulitzer Prize-winning photojournalist and New York Times bestselling author, a stunning and personally curated selection of her work across the Middle East, South Asia, and Africa.

Pulitzer Prize–winning photojournalist and MacArthur Fellow Lynsey Addario has spent the last two decades bearing witness to the world’s most urgent humanitarian and human rights crises. Traveling to the most dangerous and remote corners to document crucial moments such as Afghanistan under the Taliban immediately before and after the 9/11 attacks, Iraq following the US-led invasion and dismantlement of Saddam Hussein’s government, and western Sudan in the aftermath of the genocide in Darfur, she has captured through her photographs visual testimony not only of war and injustice but also of humanity, dignity, and resilience.

In this compelling collection of more than two hundred photographs, Addario’s commitment to exposing the devastating consequences of human conflict is on full display. Her subjects include the lives of female members of the military, as well as the trauma and abuse inflicted on women in male-dominated societies; American soldiers rescuing comrades in the Korengal Valley of Afghanistan, and Libyan opposition troops trading fire in Benghazi. Interspersed between her commanding and arresting images are personal journal entries and letters, as well as revelatory essays from esteemed writers such as Dexter Filkins, Suzy Hansen, and Lydia Polgreen. A powerful and singular work from one of the most brilliant and influential photojournalists working today, Of Love & War is a breathtaking record of our complex world in all its inescapable chaos, conflict, and beauty.