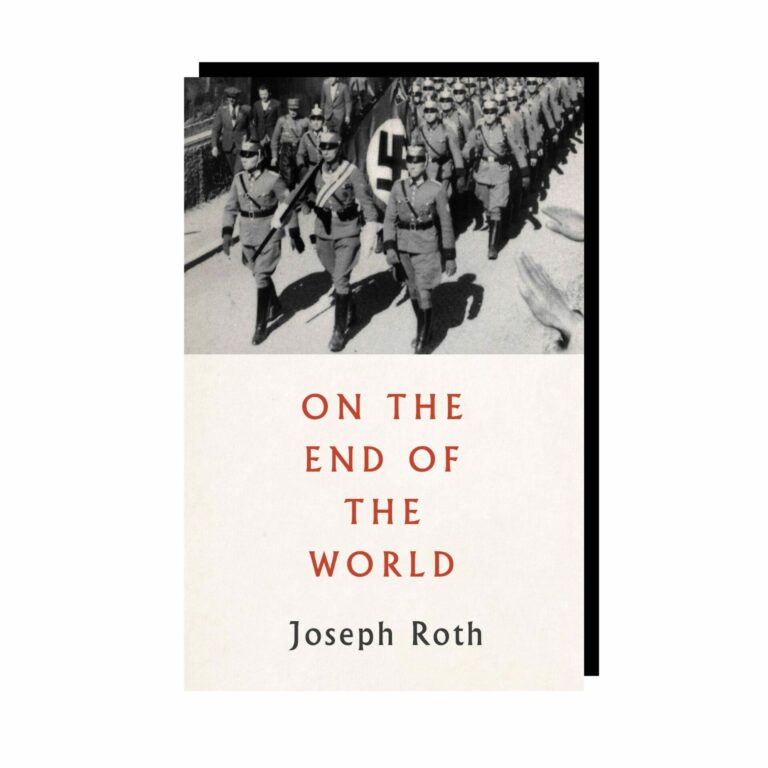 On The End of the World

A powerful collection written on the eve of the destruction of Europe by the Second World War, by the great Joseph Roth.

Having fled to Paris in January 1933, on the very day Hitler seized power in Germany, Joseph Roth wrote a series of articles in that ‘hour before the end of the world’, that he foresaw was coming and which would see the full horror of Hitler’s barbarism, the Second World War and most crucially for Roth, the final irreversible destruction of a pan European consciousness.

Incisive and ironic, the writing evokes Roth’s bitterness, frustration and morbid despair at the coming annihilation of the free world while displaying his great nostalgia for the Hapsburg Empire into which he was born and his ingrained fear of nationalism in any form.