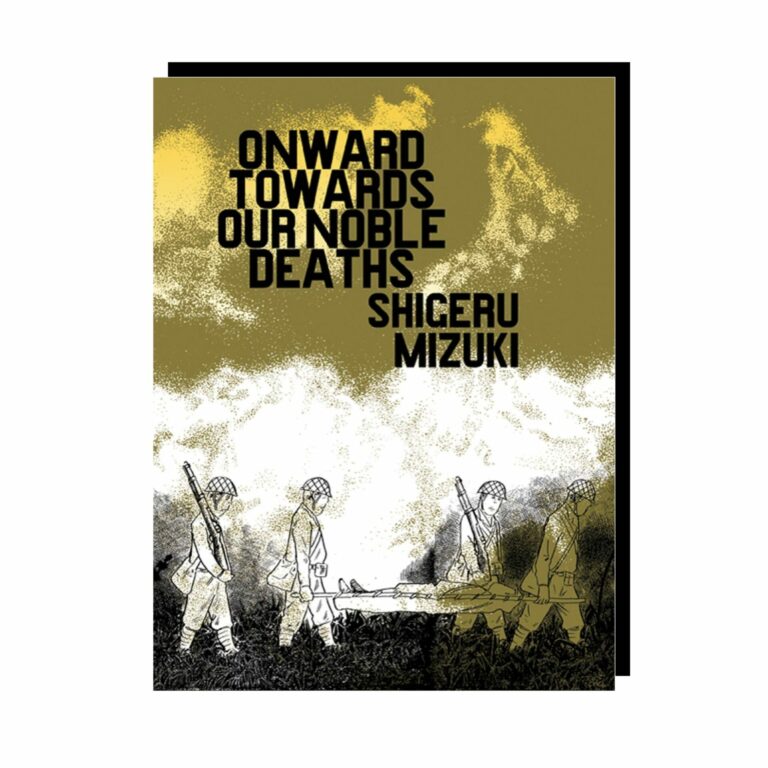 Onward Towards Our Noble Deaths

Shigeru Mizuki is the preeminent figure of Gekiga manga and one of the most famous working cartoonists in Japan today–a true living legend. Onward Towards Our Noble Deaths is his first book to be translated into English and is a semiautobiographical account of the desperate final weeks of a Japanese infantry unit at the end of WorldWar II. The soldiers are told that they must go into battle and die for the honor of their country, with certain execution facing them if they return alive. Mizuki was a soldier himself (he was severely injured and lost an arm) and uses his experiences to convey the devastating consequences and moral depravity of the war.

Mizuki’s list of accolades and achievements is long and detailed. In Japan, the life of Mizuki and his wife has been made into an extremely popular television drama that airs daily. Mizuki is the recipient of many awards, including the Best AlbumAward for his book NonNonBa (to be published in 2012 by D+Q) and the Heritage Essential Award for Onward Towards Our Noble Deaths at the Angoulême International Comics Festival, the Tezuka Osamu Cultural Prize Special Award, the Kyokujitsu Sho Decoration, the Shiju Hosho Decoration, and the KodanshaManga Award.His hometown of Sakaiminato honored him with Shigeru Mizuki Road―a street decorated with bronze statues of his Ge Ge Ge no Kitaro characters―and the Shigeru Mizuki International Cultural Center.