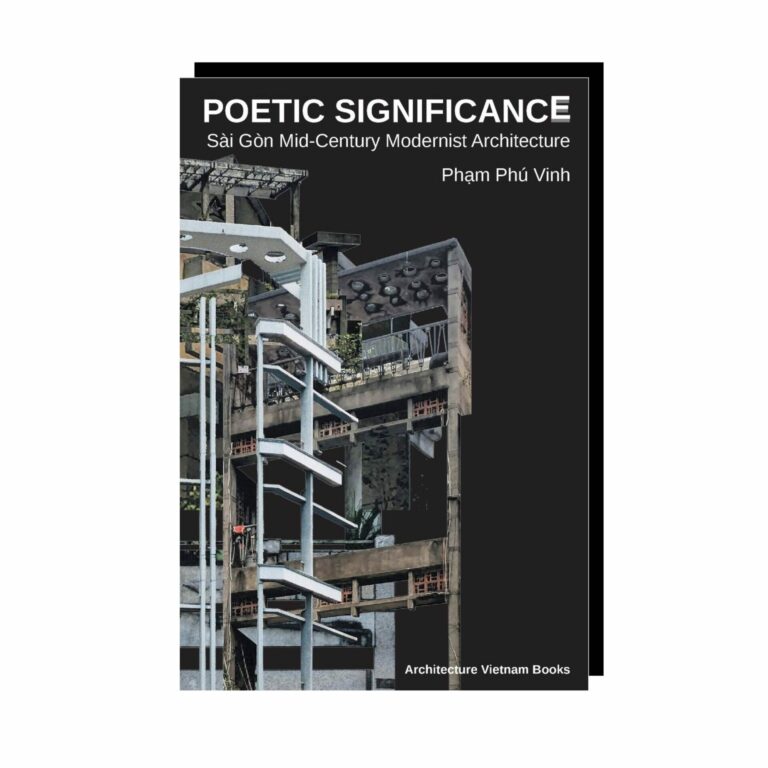 When asked about Vietnamese architectural identity, most people would associate Vietnamese identity with the period before the French colonisation, comprising the traditional architecture of wooden communal houses or imperial palaces. That is widely accepted. But less known, yet more significant, is that this very same identity of Vietnamese authenticity has made its way into modern times, surviving colonialism to thrive again in a new material reality.

Vietnamese modernist architecture appeared in Saigon, the capital of South Vietnam during the Second Indochina War. It was a branch of modernism with a rich architectural vocabulary of various micro-climatic strategies. As a result, this architecture appears lighter, airier, more graceful and less monumental in comparison to global modernism. Unexpectedly, the ordinary Vietnamese people took this language and practiced it on their own in making their modernist shophouses. This created a modernist architecture without acknowledging it, and modernism then became a means, catalysed and enriched by the collectivity of the Vietnamese culture. It became a new tradition of building houses. And primary in this tradition is a distinctively vibrant and poetic taste.

In response to the rationality of global modernism, the Vietnamese people realised a new branch of modernism that is intensively dense, yet vibrant, rich, abstract and thoroughly poetic. It demonstrated a focus on the feelings and the spirituality that architecture can have.

This very special sensitivity of the Vietnamese people contrasted with global modernism. And this contrast is, in fact, the modern identity of Vietnamese architecture, rooted directly from Vietnamese traditional aesthetics. It deserves, therefore, a formal recognition and appreciation, especially domestically as globalisation raises questions of self-consciousness, authenticity and identity in Vietnam’s society.

Those who study, practice architecture or who are interested in design, art, history and culture will find that this book shows how modernism came to be in Vietnam and how it has been adopted by the people directly as their new vernacular architecture. Through simple yet frequently-used architectural elements like louvers, planters, pergolas, handrails, brise-soleil, columns, beams, etcetera, the Vietnamese people have crafted artworks of an authentic taste and a strong identity. Readers will find this work helpful as a handbook that exposes a bright, but hidden example for the world of how architecture, art and culture co-exist in southern Vietnam, and how rationality and spirituality are intertwined into human creations.