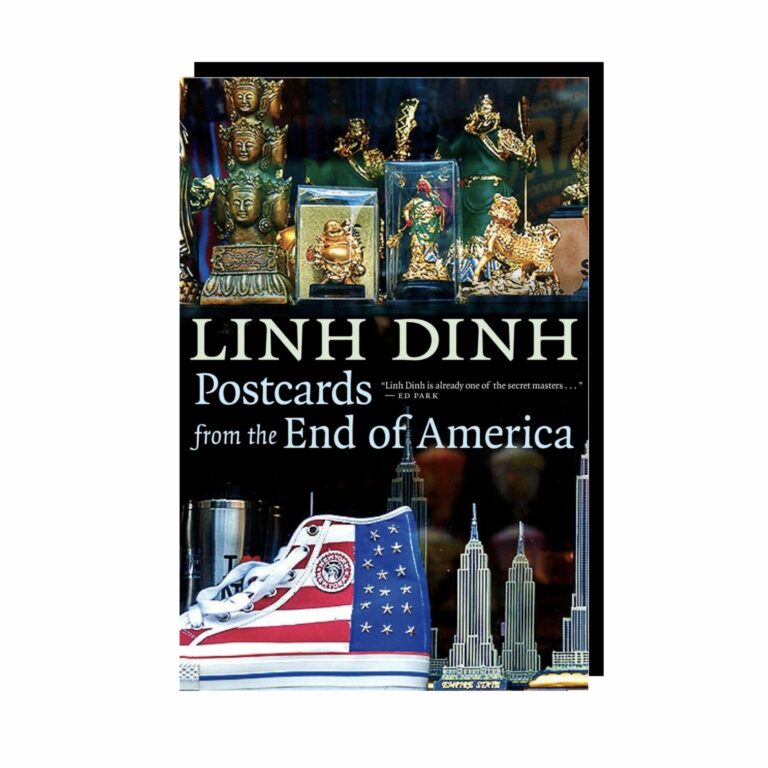 Postcards from the End of America

Roaming the country by bus and train, on a budget and without any institutional support, Linh Dinh set out to document, in words and pictures, what life is like for people. From Los Angeles, Cheyenne, Portland, and New Orleans, to Jackson and Wolf Point–Linh walked miles and miles through unfamiliar neighborhoods, talking to whoever would talk to him: the homeless living in tent cities, the peddlers, the protestors, the public preachers, the prostitutes. With the uncompromising eye of a Walker Evans or a Dorothea Lange, and the indomitable, forthright prose of a modern-day Nelson Algren or James Agee, Dinh documents the appalling and the absurd with warmth and honesty, giving voice to America’s often forgotten citizens and championing the awesome strength it takes to survive for those on the bottom.

Growing out of a photo and political writing blog Linh has maintained since 2009, Postcards from the End of America is an unflinching diary of what Linh sees as the accelerating collapse of America. Tracking the economic, political, and social unraveling–from the casinos to the abandoned factories and over all the sidewalks in between–with a poet’s incisive tongue, Linh shows us the uncanny power of the people in the face of societal devastation.