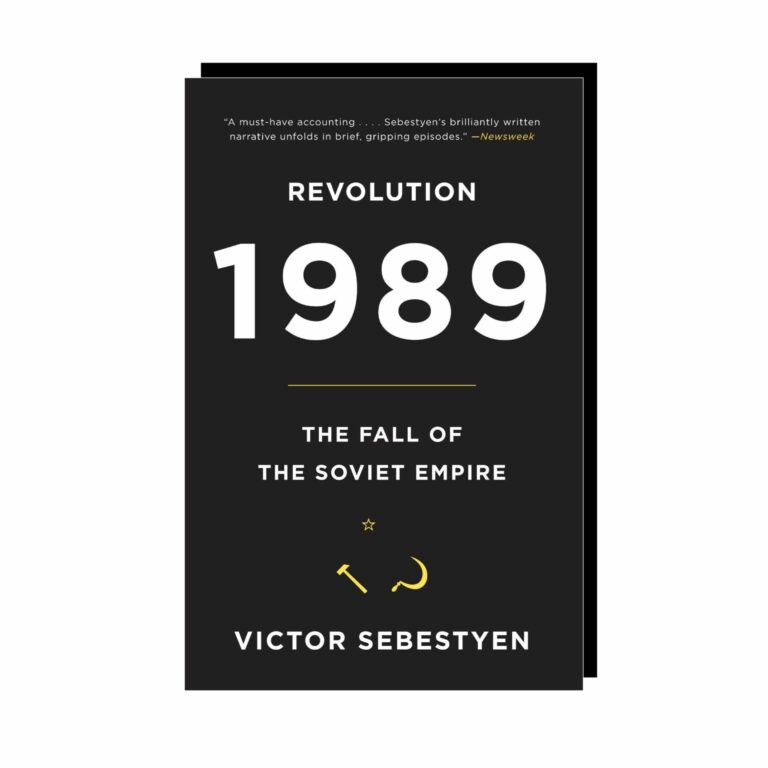 Revolution 1989: The Fall of the Soviet Empire

Revolution 1989 is the first in-depth, authoritative account of a few months that changed the world.

At the start of 1989, six European nations were Soviet vassal states. By year’s end, they had all declared national independence and embarked on the road to democracy. How did it happen so quickly? Victor Sebestyen, who was on the scene as a reporter, draws on his firsthand knowledge of the events, on scores of interviews with witnesses and participants, and on newly uncovered archival material. He tells the story through the eyes of ordinary men and women as well as through the strategic moves of world leaders. He shows how the KGB helped bring down former allies; how the United States tried to slow the process; and why the collapse of the Iron Curtain was the catalyst for the fall of the entire Soviet empire.