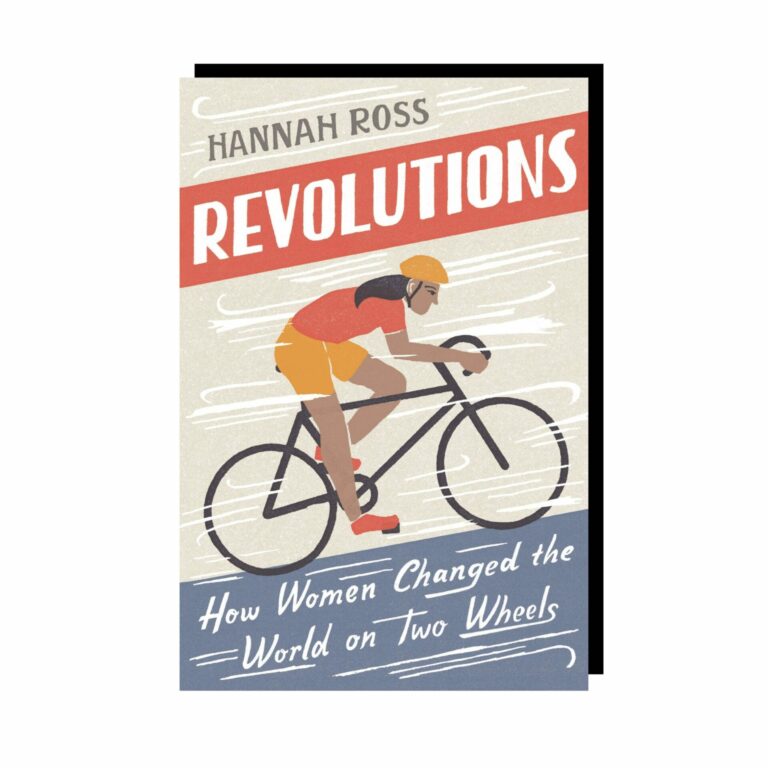 Revolutions: How Women Changed the World on Two Wheels

A history and celebration of women’s cycling–beginning with its origins as a political statement, beloved pastime, and early feminist act–that shares the stories of notable cyclists and groups around the world

More than a century after they first entered the mainstream, bicycles and the culture around them are as accessible as ever–but for women, that progress has always been a struggle to achieve, and even now the culture remains overwhelmingly male. In Revolutions, author Hannah Ross highlights the stories of extraordinary women cyclists and all-female cycling groups over time and around the world, and demonstrates both the feminist power of cycling and its present-day issues.

A cyclist herself, Ross puts a spotlight on the many incredible women and girls on bicycles from then to now–many of whom had to endure great opposition to do so, beginning in the 1880s, when the first women began setting distance records, racing competitively, and using bicycles to spread the word about women’s suffrage. Revolutions also celebrates women setting records and demanding equality in competitive cycling, as well as cyclists in countries including Afghanistan, India, and Saudi Arabia who are inspiring women to take up space on the road, trails, and elsewhere.

Both a history of women’s cycling and an impassioned manifesto, Revolutions challenges a male-dominated narrative that has long prevailed in cycling and celebrates the excellence of women in the culture.