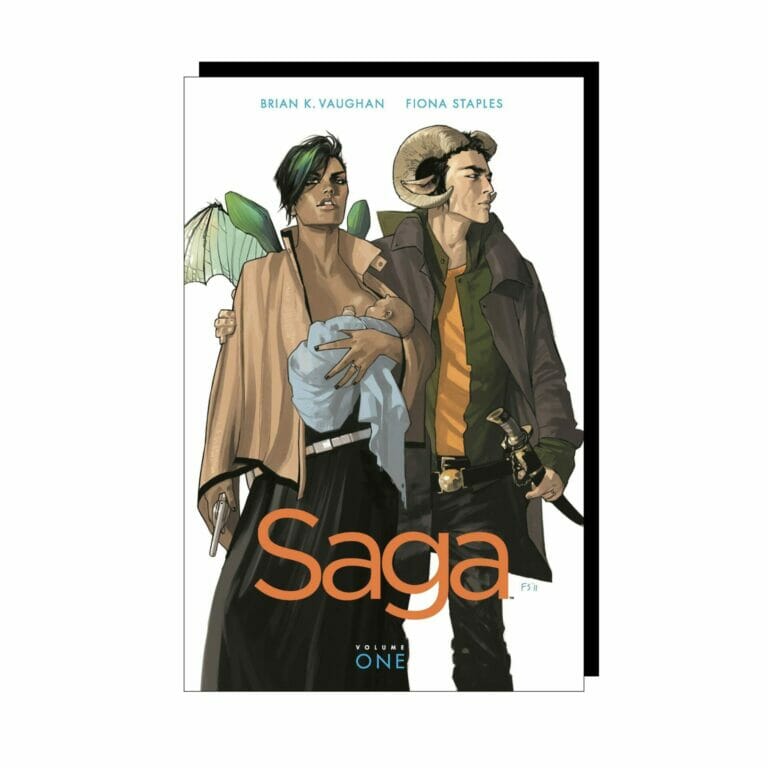 Winner of the 2013 Hugo award for Best Graphic Story!

Voted one of the top graphic novels of the year by the NYT, IGN, the Examiner, and SF Weekly. Voted Best Comic of the year by MTV Geek and Best New Series by Paradox Comics. Voted a finalist in the GoodReads Best GN of 2012 contest.

When two soldiers from opposite sides of a never-ending galactic war fall in love, they risk everything to bring a fragile new life into a dangerous old universe. From New York Times bestselling writer Brian K. Vaughan (Y: The Last Man, Ex Machina) and critically acclaimed artist Fiona Staples (Mystery Society, North 40), Saga is the sweeping tale of one young family fighting to find their place in the worlds. Fantasy and science fiction are wed like never before in this sexy, subversive drama for adults.