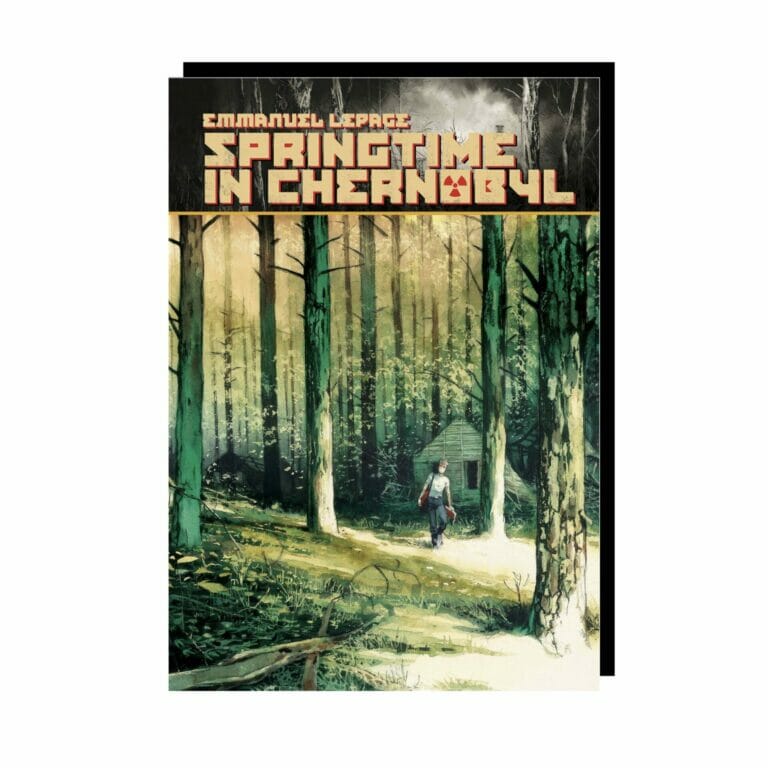 As the world moved on, find out what happened to those left behind in this memoir of tragedy and death, people and land, and what comes after disaster.

April 26, 1986. The reactor core of the nuclear power plant at Chernobyl began to melt, setting into motion the greatest nuclear disaster of the twentieth century. While Europe slept, a cloud laden with radiation traveled thousands of miles in every direction, contaminating five million people who were unaware of its danger and unable to protect themselves. At the time, Emmanuel Lepage was 19 years old, watching and listening to the news reported on television.

22 years later, in April 2008, a group of nuclear energy-adverse activists and artists visit Chernobyl to document the lives of survivors and their children living on the highly contaminated land. Sent to sketch brutal landscapes of disaster and the folly of man, Lepage is surprised at the unexpected beauty he encounters. Often wondering to himself: What am I doing here?