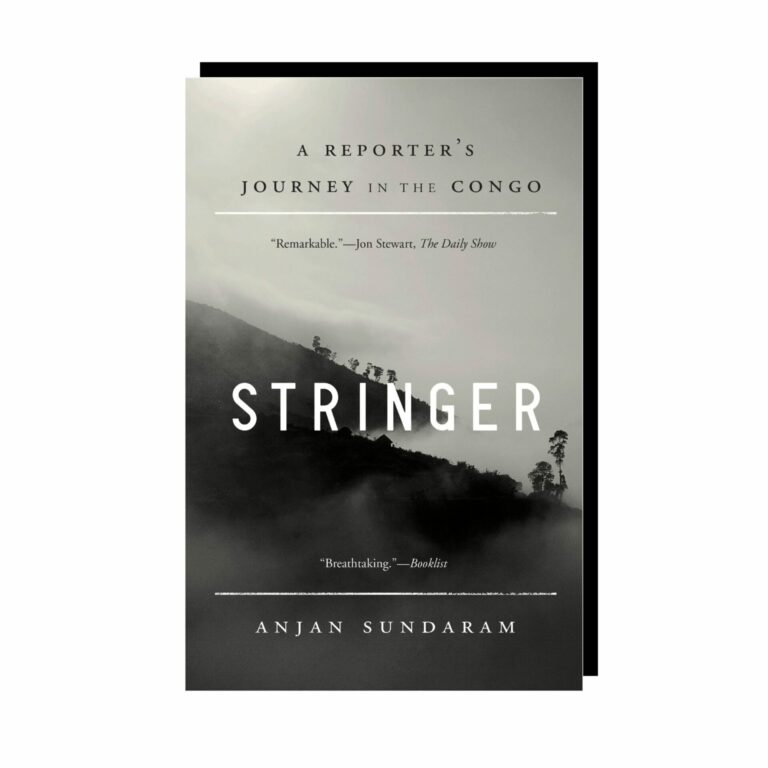 Stringer: A Reporter's Journey in the Congo

Book of the Year, The Royal African Society (UK)

In the powerful travel-writing tradition of Ryszard Kapuœciñski and V.S. Naipaul, a haunting memoir of a dangerous and disorienting year of self-discovery in one of the world’s unhappiest countries.

In August 2005, Anjan Sundaram abandoned his path to a Yale Ph.D. in mathematics to travel to the Democratic Republic of the Congo and refashion himself as a journalist. He found a country that was diseased, corrupt, and poised on the cusp of war. When Sundaram is engaged as a “stringer” for the Associated Press, he becomes a chronicler for a country he’s just beginning to experience. Stringer is his searing portrait of life in this broken, lawless place, an account of the rocky education of a reporter. Sundaram describes the grueling reality of daily existence in the Congo, intimately outlining his own struggle to make sense of life in a world where cab rides can end at gunpoint and rebel generals are only a phone call away. As the city of Kinshasha descends into anarchy after a contested election, Sundaram takes shelter in a factory to file report after report even as other journalists flee. Oscillating between anger and loneliness and between melancholy and exhilaration, Stringer completely transports us not only to the Congo—but to the limits of sanity, reason, and experience.