Skip to content
Paperbacks
Shop
Non-fiction
History
The 40s: The Story of a Decade 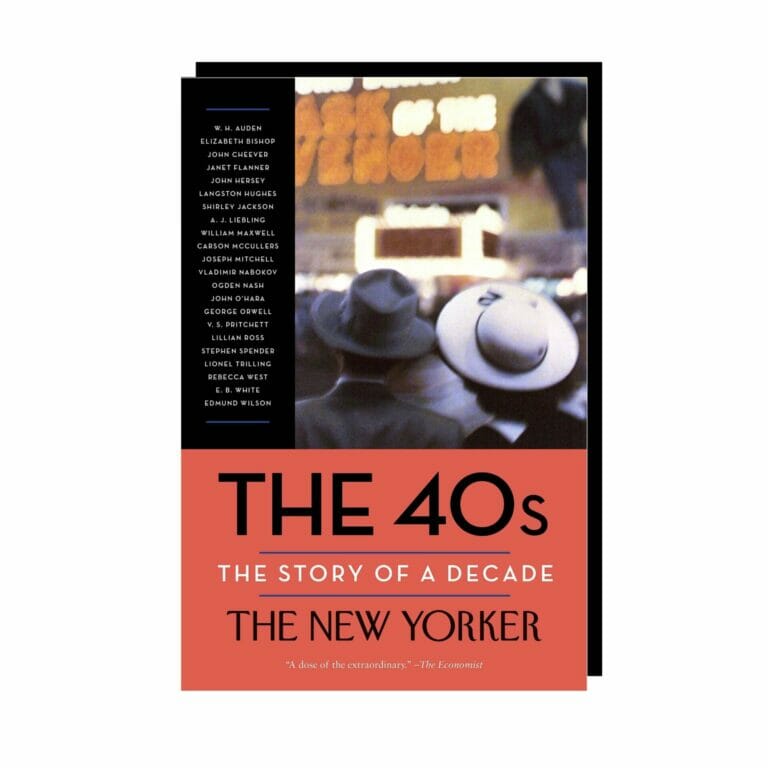 The 40s: The Story of a Decade

This captivating anthology gathers historic New Yorker pieces from a decade of trauma and upheaval—as well as the years when The New Yorker came of age, with pieces by Elizabeth Bishop, Langston Hughes, Joseph Mitchell, Vladimir Nabokov, and George Orwell, alongside original reflections on the 1940s by some of today’s finest writers.

In this enthralling book, contributions from the great writers who graced The New Yorker’s pages are placed in historical context by the magazine’s current writers. Included in this volume are seminal profiles of the decade’s most fascinating figures: Albert Einstein, Walt Disney, and Eleanor Roosevelt. Here are classics in reporting: John Hersey’s account of the heroism of a young naval lieutenant named John F. Kennedy; Rebecca West’s harrowing visit to a lynching trial in South Carolina; and Joseph Mitchell’s imperishable portrait of New York’s foremost dive bar, McSorley’s. This volume also provides vital, seldom-reprinted criticism, as well as an extraordinary selection of short stories by such writers as Shirley Jackson and John Cheever. Represented too are the great poets of the decade, from William Carlos Williams to Langston Hughes. To complete the panorama, today’s New Yorker staff look back on the decade through contemporary eyes. The 40s: The Story of a Decade is a rich and surprising cultural portrait that evokes the past while keeping it vibrantly present.