Skip to content
Paperbacks
Shop
Non-fiction
History
The 60s: The Story of a Decade 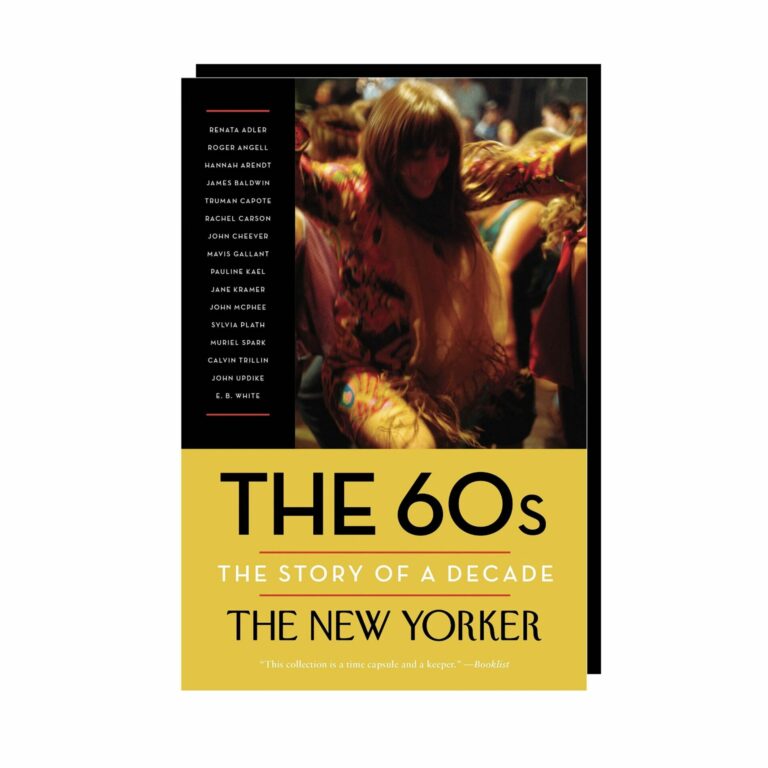 The 60s: The Story of a Decade

The next installment in the acclaimed New Yorker “decades” series featuring an all-star line-up of historical pieces from the 1960s alongside new pieces by current New Yorker staffers.

This fascinating anthology collects notable New Yorker pieces from the most tumultuous years of the twentieth century—including work by James Baldwin, Pauline Kael, Sylvia Plath, Roger Angell, and Muriel Spark—alongside new assessments of the 1960s by some of today’s finest writers.

Here are real-time accounts of these years, brought to immediate and profound life: Calvin Trillin reports on the integration of Southern universities, E. B. White and John Updike wrestle with the enormity of the Kennedy assassination, and Jonathan Schell travels with American troops into the jungles of Vietnam. Some of the truly timeless works of American journalism came out of The New Yorker that decade, including Truman Capote’s In Cold Blood, Rachel Carson’s Silent Spring, and James Baldwin’s The Fire Next Time, all excerpted here. The arts, too, underwent an extraordinary transformation, with the magazine publishing such indelible short story masterpieces as John Cheever’s “The Swimmer” and John Updike’s “A & P”; iconic poems by Sylvia Plath and Anne Sexton; and in-depth profiles of crucial cultural figures like Bob Dylan, Allen Ginsberg, Mike Nichols and Elaine May, and Muhammad Ali (when he was still Cassius Clay). This collection of groundbreaking pieces is also given contemporary context by current New Yorker writers, resulting in an incomparable portrait of a truly galvanizing era.