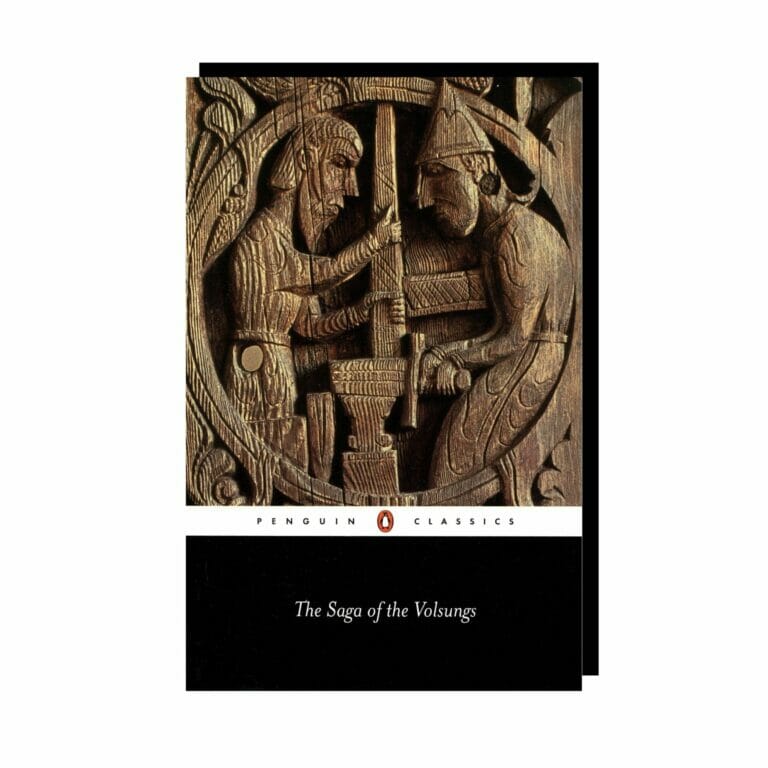 The Saga of the Volsungs

One of the great books of world literature–an unforgettable tale of jealousy, unrequited love, greed, and vengeance.

Based on Viking Age poems and composed in thirteenth-century Iceland, The Saga of the Volsungs combines mythology, legend, and sheer human drama in telling of the heroic deeds of Sigurd the dragon slayer, who acquires runic knowledge from one of Odin’s Valkyries. Yet the saga is set in a very human world, incorporating oral memories of the fourth and fifth centuries, when Attila the Hun and other warriors fought on the northern frontiers of the Roman empire. In his illuminating Introduction Jesse L. Byock links the historical Huns, Burgundians, and Goths with the extraordinary events of this Icelandic saga. With its ill-fated Rhinegold, the sword reforged, and the magic ring of power, the saga resembles the Nibelungenlied and has been a primary source for such fantasy writers as J. R. R. Tolkien and for Richard Wagner’s Ring cycle.