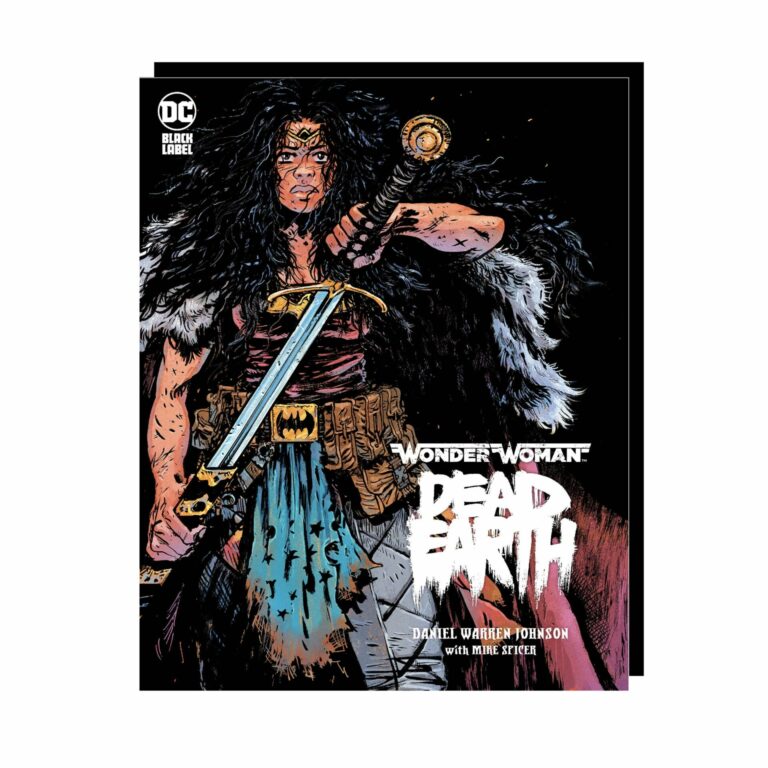 Wonder Woman’s mission was to save Man’s World from itself. She failed.

When Diana awakens from a centuries-long sleep, she discovers Earth has been reduced to a nuclear wasteland. Now she’s marooned in a dark and dangerous future, protecting the last human city from titanic monsters and struggling to uncover the secret of this dead Earth…and how she may be responsible for it.

In the newest title from DC’s critically acclaimed Black Label line, Daniel Warren Johnson, the celebrated creator of Murder Falcon and Extremity, mixes sci-fi and fantasy into a harrowing postapocalyptic vision of Wonder Woman unlike anything you’ve ever seen. Collects the full four issue miniseries along with behind-the-scenes artwork.