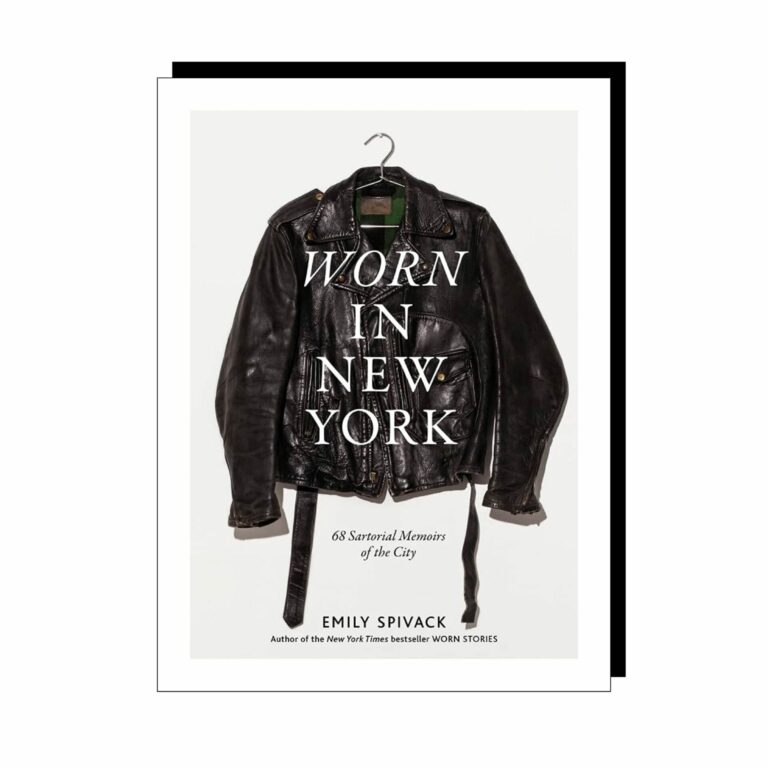 Worn in New York: 68 Sartorial Memoirs of the City (HC)

The boots a passenger had on when his plane landed on the Hudson River.
The tank top Andy Warhol’s assistant wore to one of their nightclub outings together.

The jacket a taxi driver put on to feel safe as he worked the night shift.
—

These and over sixty other clothing-inspired narratives make up Worn in New York, the latest volume from New York Times bestselling author Emily Spivack. In these first-person accounts, contributors in and out of the public eye share surprising, personal, wild, poignant, and funny stories behind a piece of clothing that reminds them of a significant moment of their New York lives. Worn in New York offers a contemporary cultural history of the city—its changing identity, temper, and tone, and its irrepressible vitality—by paying tribute to these well-loved clothes and the people who wore them.