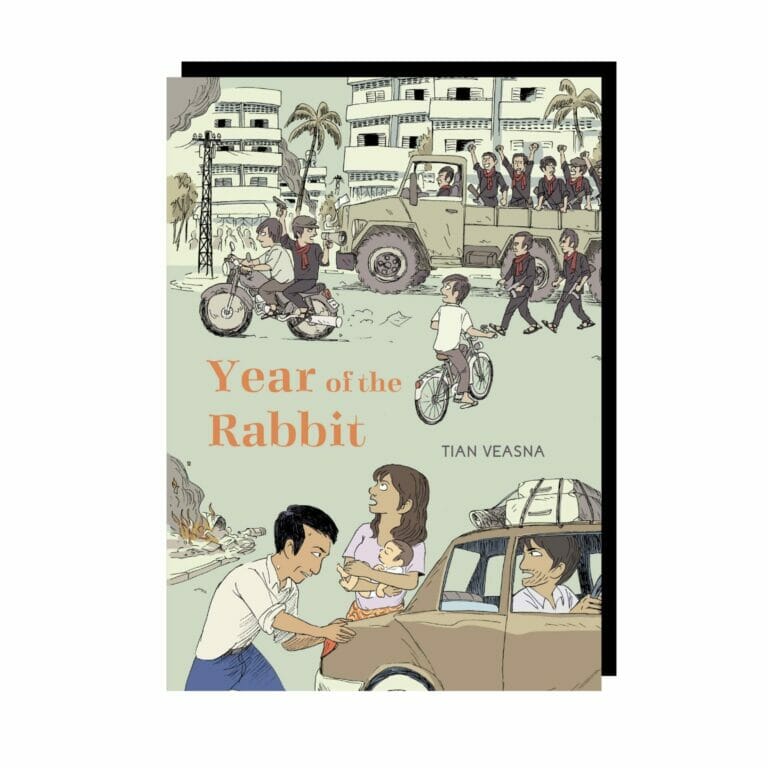 Year of the Rabbit

Striking and moving… The comics form allows readers to understand through chronological progression and a close view how horror can become the stuff of the everyday.–The New York Times

Year of the Rabbit tells the true story of one family’s desperate struggle to survive the murderous reign of the Khmer Rouge in Cambodia. In 1975, the Khmer Rouge seized power in the capital city of Phnom Penh. Immediately after declaring victory in the war, they set about evacuating the country’s major cities with the brutal ruthlessness and disregard for humanity that characterized the regime ultimately responsible for the deaths of one million citizens.

Cartoonist Tian Veasna was born just three days after the Khmer Rouge takeover, as his family set forth on the chaotic mass exodus from Phnom Penh. Year of the Rabbit is based on first-hand accounts, all told from the perspective of his parents and other close relatives. Stripped of any money or material possessions, Veasna’s family found themselves exiled to the barren countryside along with thousands of others, where food was scarce and brutal violence a constant threat.

Year of the Rabbit shows the reality of life in the work camps, where Veasna’s family bartered for goods, where children were instructed to spy on their parents, and where reading was proof positive of being a class traitor. Constantly on the edge of annihilation, they realized there was only one choice–they had to escape Cambodia and become refugees. Veasna has created a harrowing, deeply personal account of one of the twentieth century’s greatest tragedies.